Book of the Month Review January 2017 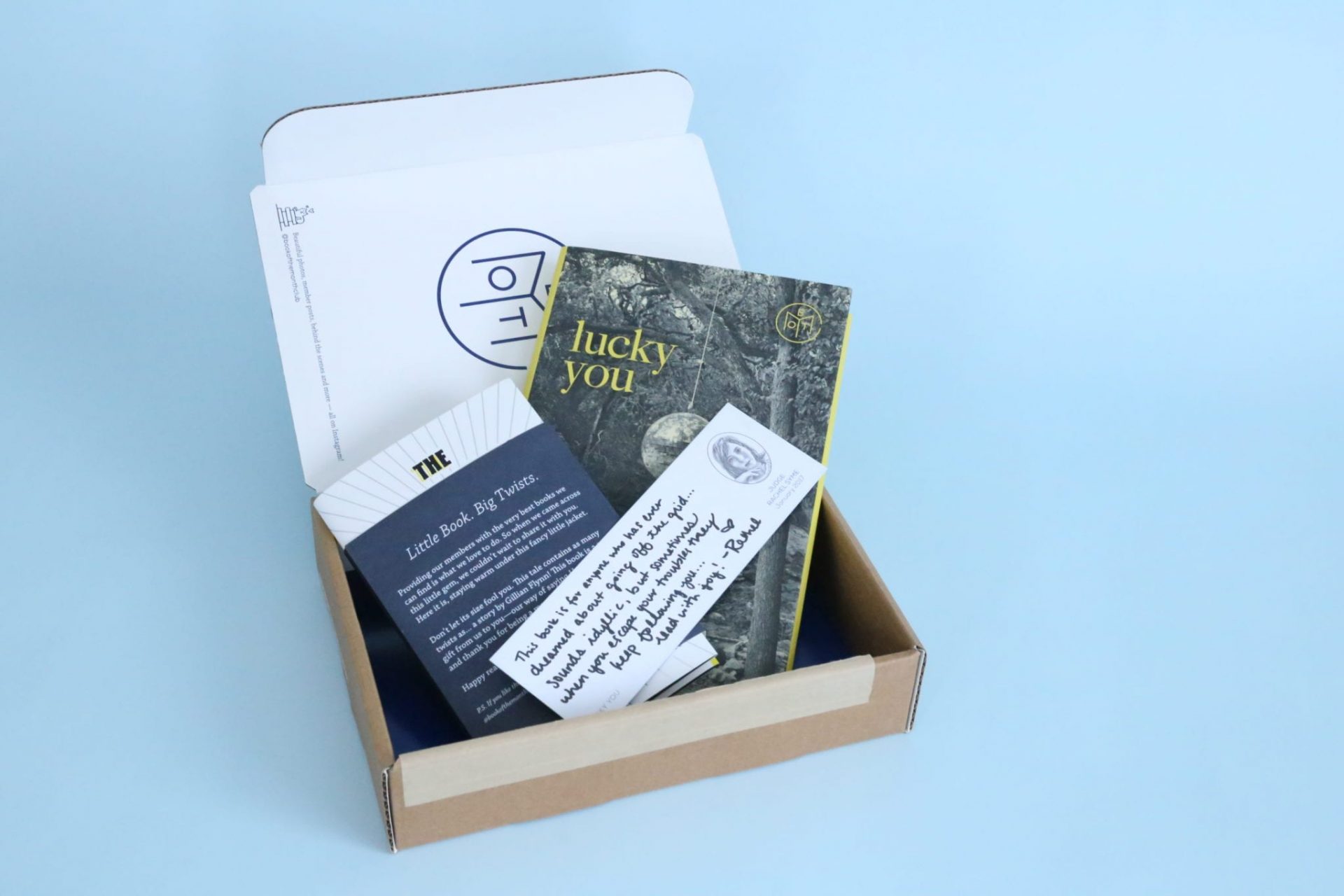 Book of the Month it is a monthly book subscription box. Every month they release 5 new books which have been selected by their panel of Judges. Books are announced on the first of the month, and members have six days to decide which book they would like to receive. Monthly subscriptions include one book, but members can purchase up to two additional books each month for $9.99 per title. They kindly sent me this box to review. 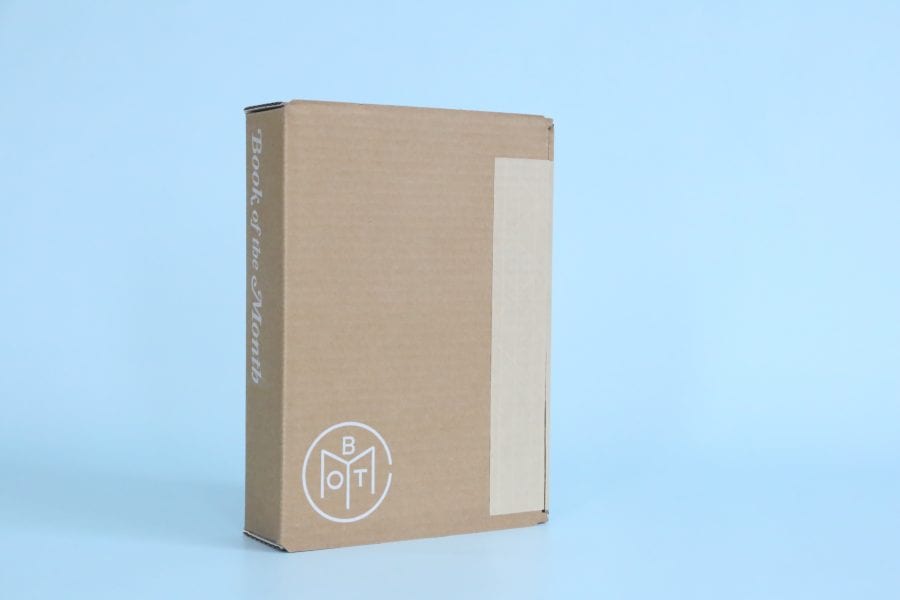 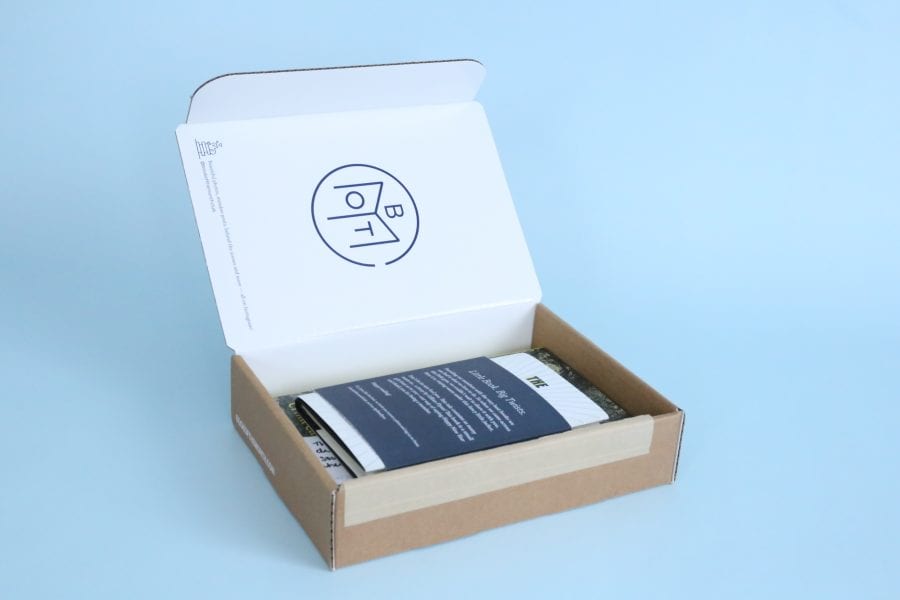 I have always been a fan of Book of the Month Club, but as of last month I am officially their BIGGEST fan. The December book selection was ah-mazing. I have read 3 of the 5 and am very impressed. There’s was one in particular that was exceptionally amazing – You Will Know Me by Megan Abbott. I am extremely picky when it comes to books and I couldn’t put this one down. The last time I experienced a book this good was a couple years ago when I read The One & Only by Emily Giffin. I highly recommend you check it out. 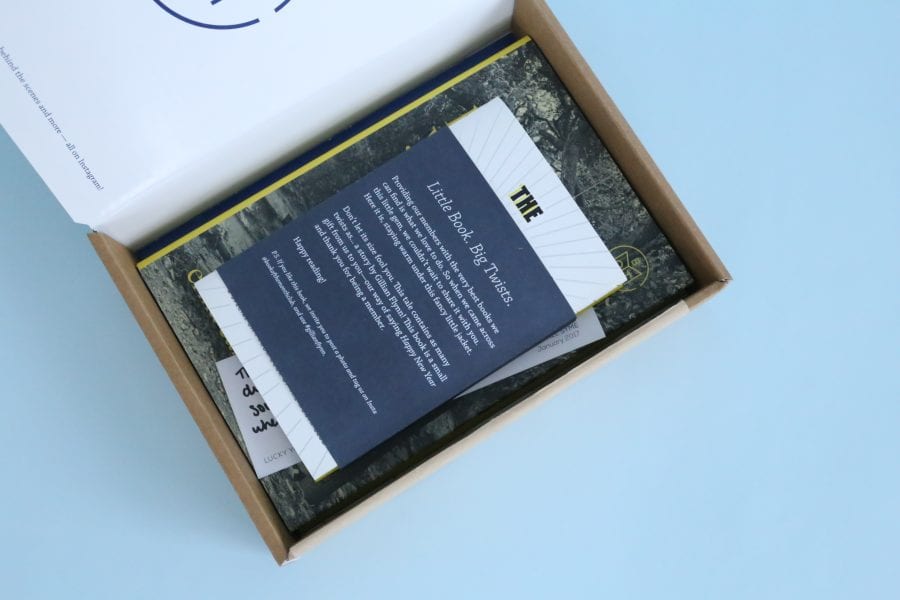 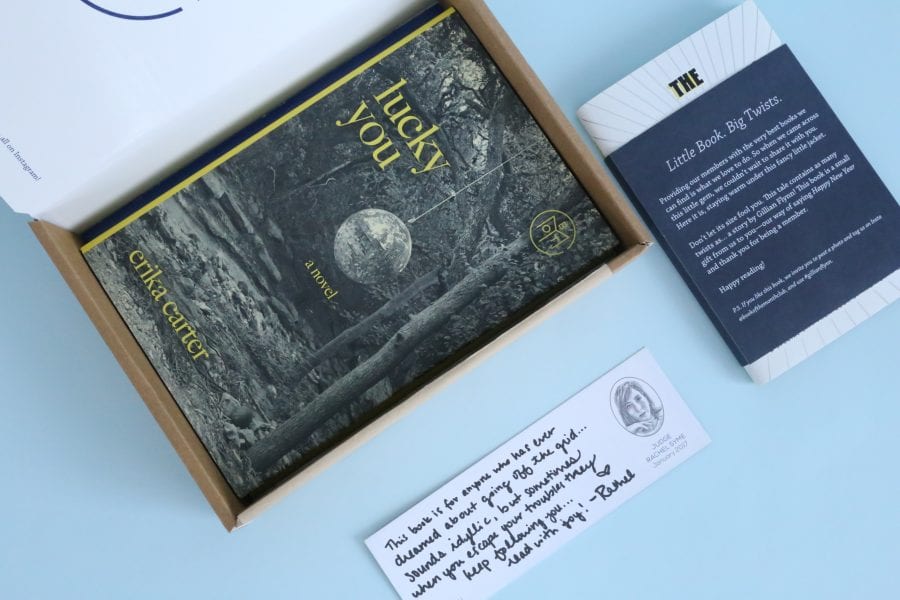 But enough about last month’s books, let’s have a look at My January book. This is the book they chose for me this month, I will also be reviewing the other 4 selections in a separate post. 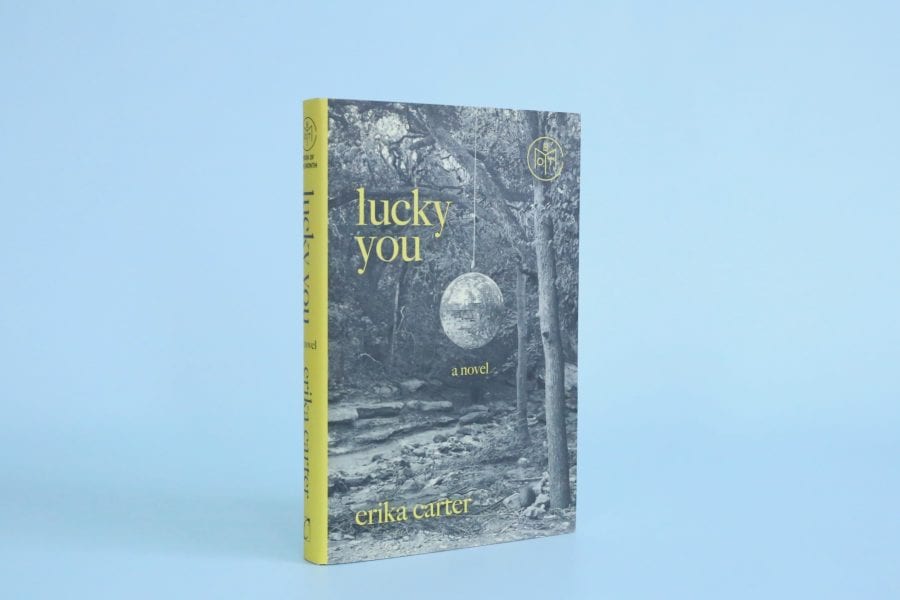 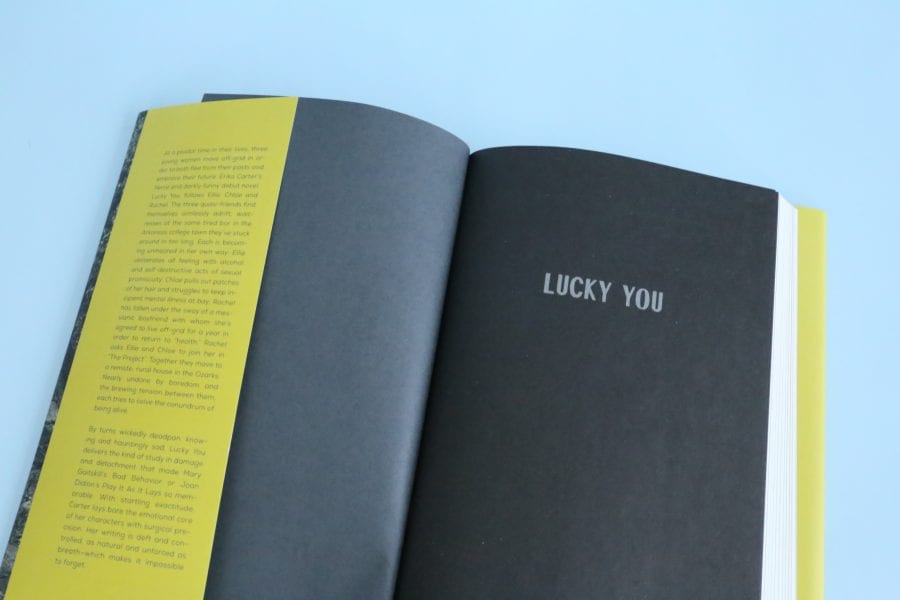 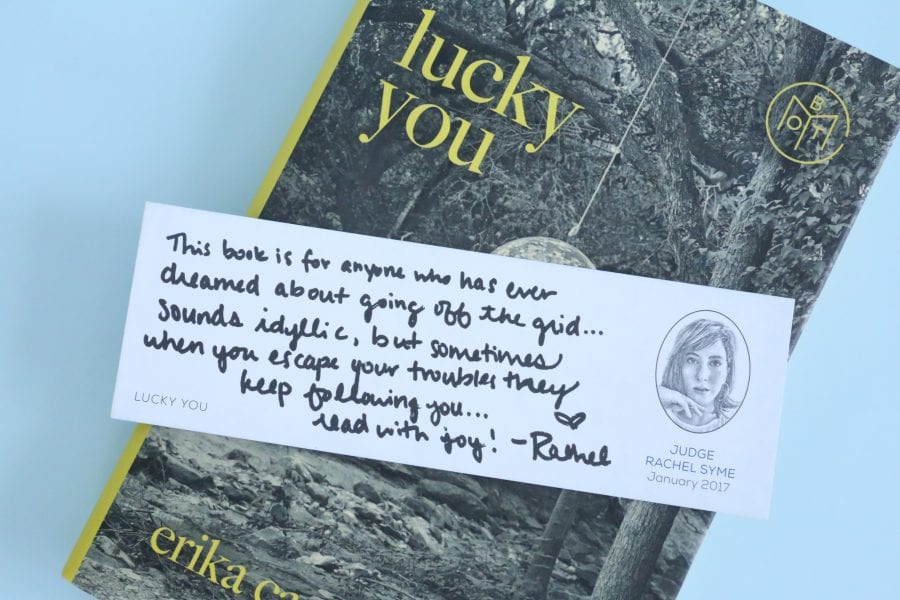 Lucky You by Erika Carter

Three waitresses at the same dead-end bar in an Arkansas college town try to navigate their fuzzed-out early twenties. Ellie, Rachel, and Chloe all yearn for meaning in different ways, and yet they all converge on a very relatable – and very modern – sense that, even though we’re supposed to feel more connected than ever, young people can still feel adrift in today’s world.

At the beginning of Lucky You, we see our heroines trying to numb themselves with late nights of boozing, sex with strangers, and bad reality television. They seek out meaningful connection but often end up in dysfunctional relationships, and so they feel lost – unsure about what to believe in or where to focus their energies.

And so, they go off the grid. Rachel moves into a rural cabin in the Ozark Mountains with her naively earnest boyfriend after reading a book called Toward Sustainability and flippantly declaring, “We are in the midst of a large scale ecological crisis.” When Rachel invites Chloe and Ellie to move into the cabin, they all believe that through communing with nature and disconnecting from the outside world, they will find themselves anew.

Wow, they nailed it again this month with my pick. I honestly think this book sounds so interesting. I can usually tell from the excerpt if I am going to like the book or not, and this sounds like something I will like. Even though I would never live off the grid, the concept has always intrigued me. And, I can definitely relate to the idea that we’re supposed to feel more connected than ever in today’s society, but at the same time we don’t. These are two things I look for in a book, something I can relate too, and something that interests me. I’m really looking forward to diving in to this one. 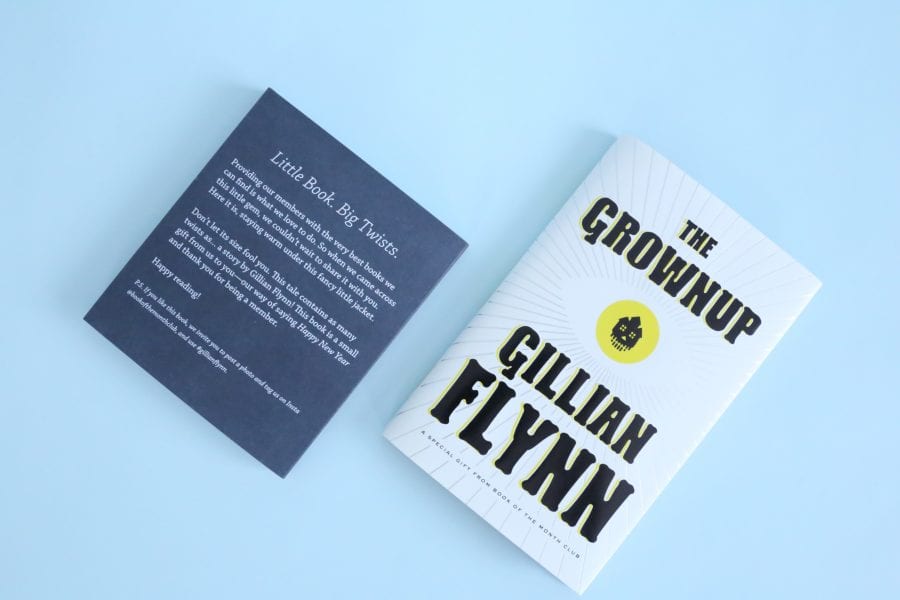 The Grownup by Gillian Flynn

Book of the Month included a really fun little bonus book this month. They throw in little extras every now and then. This month they wanted to say Happy New Year and thank you for being a member.

I love, love, love book subscription boxes. And I love, love, love Book of the Month. I have a whole new appreciation for this subscription after reading some of the December selections, and it appears as though this month is going to be just as good. I already had a peek at the other January selections, and for my monthly pick they did a really good job. I also heard that this book in particular won’t be released to the public until March. How cool is that! We get to read it before everyone else. Just another little perk for Book of the Month subscribers. Love it! Love it all!