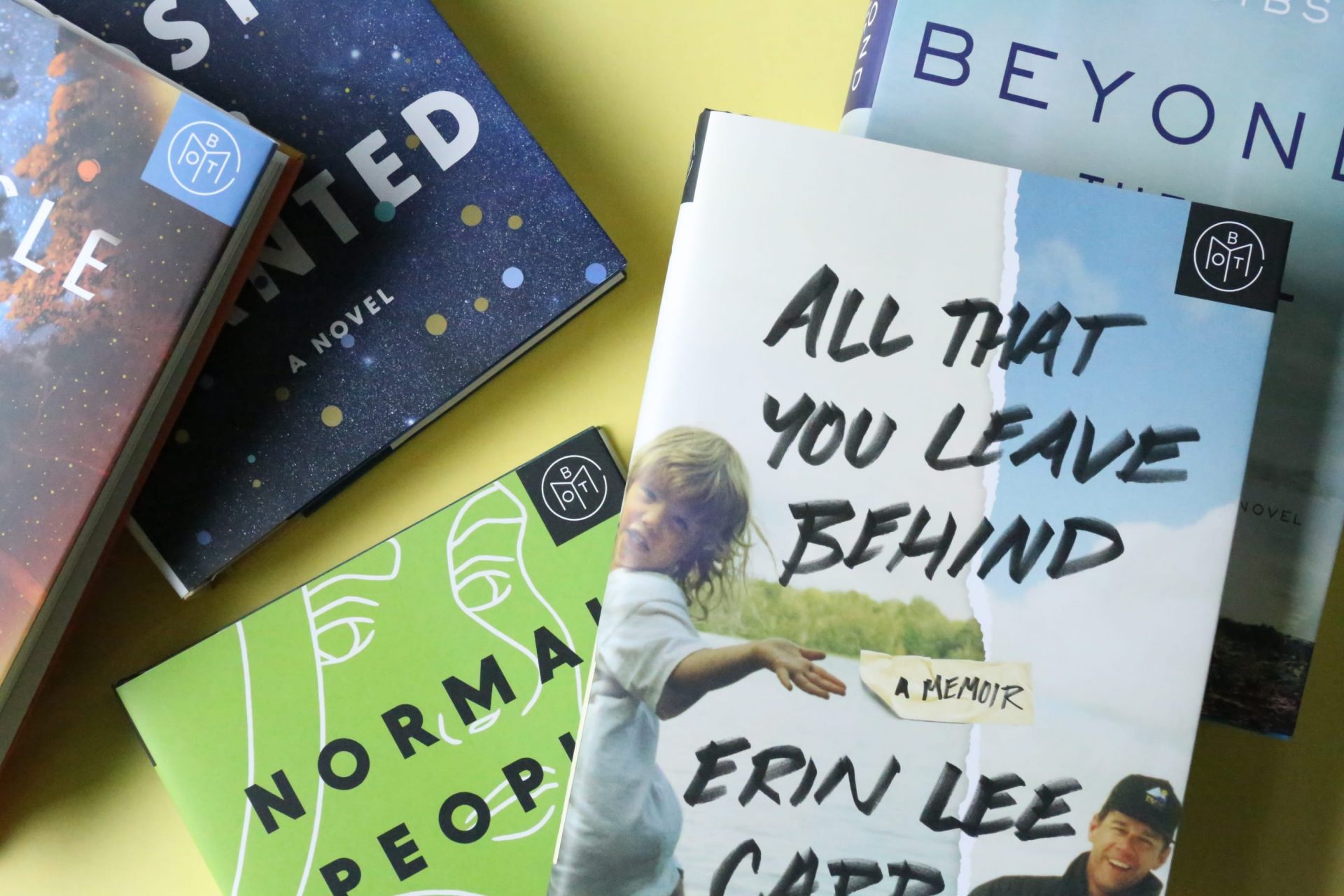 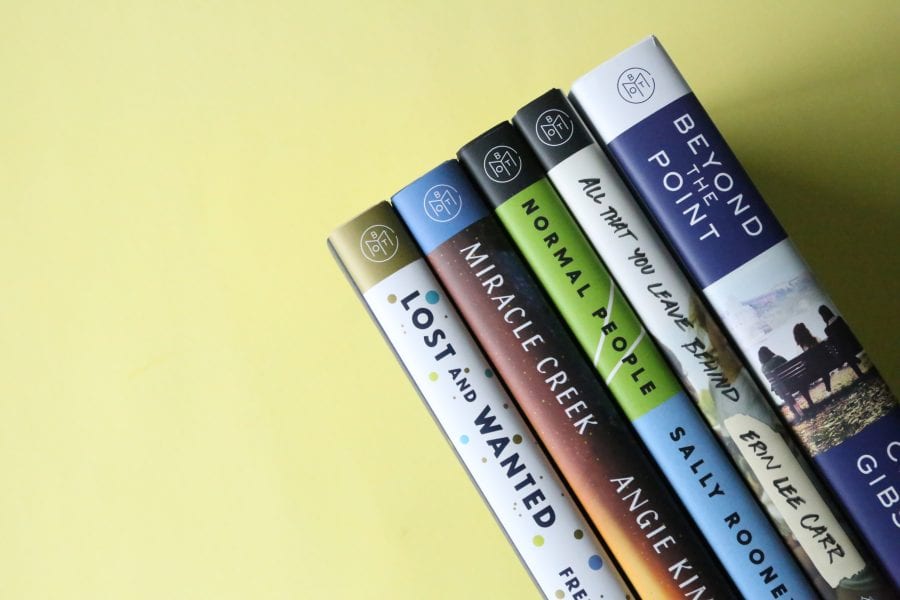 I honestly don’t know what I would do without my Book of the Month subscription. It’s a book lovers dream. New books sent to your door each month! What’s not to love?! Each subscription comes with one book each month but the fact that you can add additional books for only $9.99 is amazing. Most months I find 2 or 3 books that I have to read.

Now…..if I could only find the time to read all 5 each month. Can we say dream life? 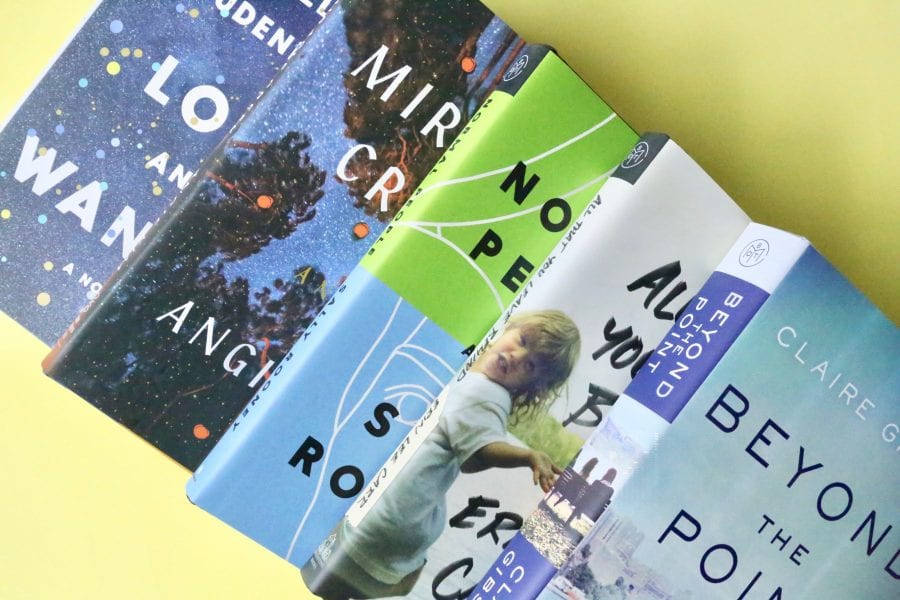 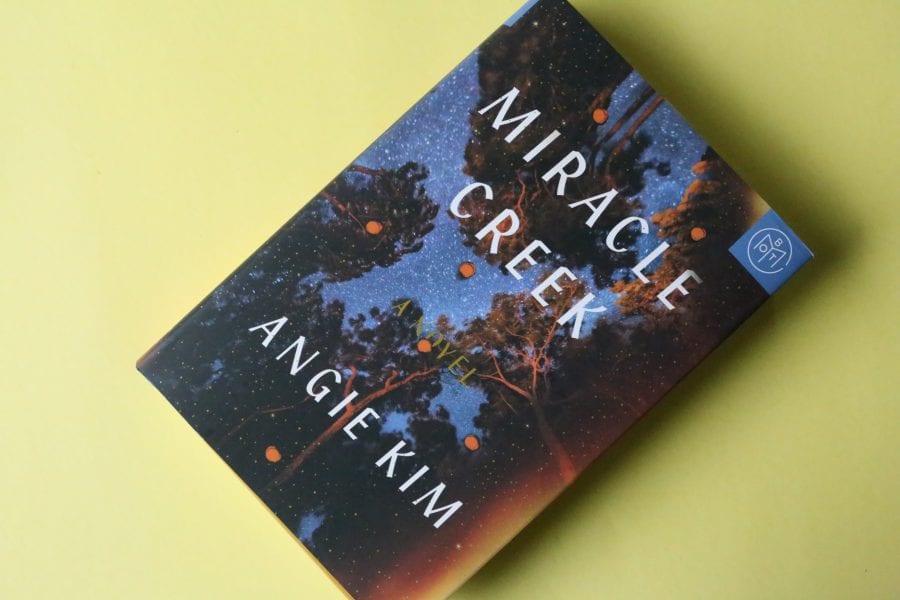 In the small town of Miracle Creek, Virginia, Young and Pak Yoo run an experimental medical treatment device known as the Miracle Submarine—a pressurized oxygen chamber that patients enter for therapeutic “dives” with the hopes of curing issues like autism or infertility. But when the Miracle Submarine mysteriously explodes, killing two people, a dramatic murder trial upends the Yoos’ small community.

Who or what caused the explosion? Was it the mother of one of the patients, who claimed to be sick that day but was smoking down by the creek? Or was it Young and Pak themselves, hoping to cash in on a big insurance payment and send their daughter to college? The ensuing trial uncovers unimaginable secrets from that night—trysts in the woods, mysterious notes, child-abuse charges—as well as tense rivalries and alliances among a group of people driven to extraordinary degrees of desperation and sacrifice.

Angie Kim’s Miracle Creek is a thoroughly contemporary take on the courtroom drama, drawing on the author’s own life as a Korean immigrant, former trial lawyer, and mother of a real-life “submarine” patient. An addictive debut novel for fans of Liane Moriarty and Celeste Ng, Miracle Creek is both a twisty page-turner and a deeply moving story about the way inconsequential lies and secrets can add up—with tragic consequences. 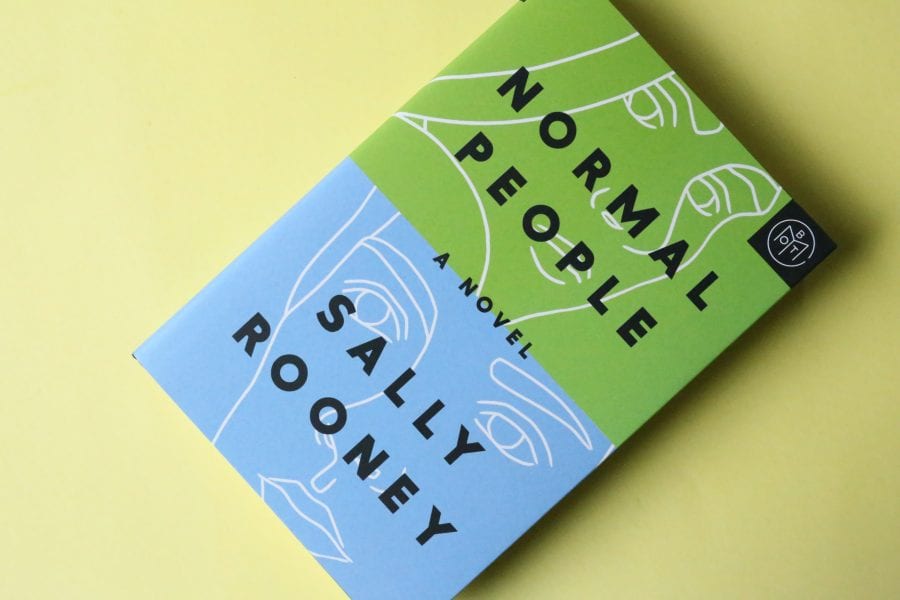 At school Connell and Marianne pretend not to know each other. He’s popular and well-adjusted, star of the school soccer team while she is lonely, proud, and intensely private. But when Connell comes to pick his mother up from her housekeeping job at Marianne’s house, a strange and indelible connection grows between the two teenagers—one they are determined to conceal.

A year later, they’re both studying at Trinity College in Dublin. Marianne has found her feet in a new social world while Connell hangs at the sidelines, shy and uncertain. Throughout their years in college, Marianne and Connell circle one another, straying toward other people and possibilities but always magnetically, irresistibly drawn back together. Then, as she veers into self-destruction and he begins to search for meaning elsewhere, each must confront how far they are willing to go to save the other.

Sally Rooney brings her brilliant psychological acuity and perfectly spare prose to a story that explores the subtleties of class, the electricity of first love, and the complex entanglements of family and friendship. 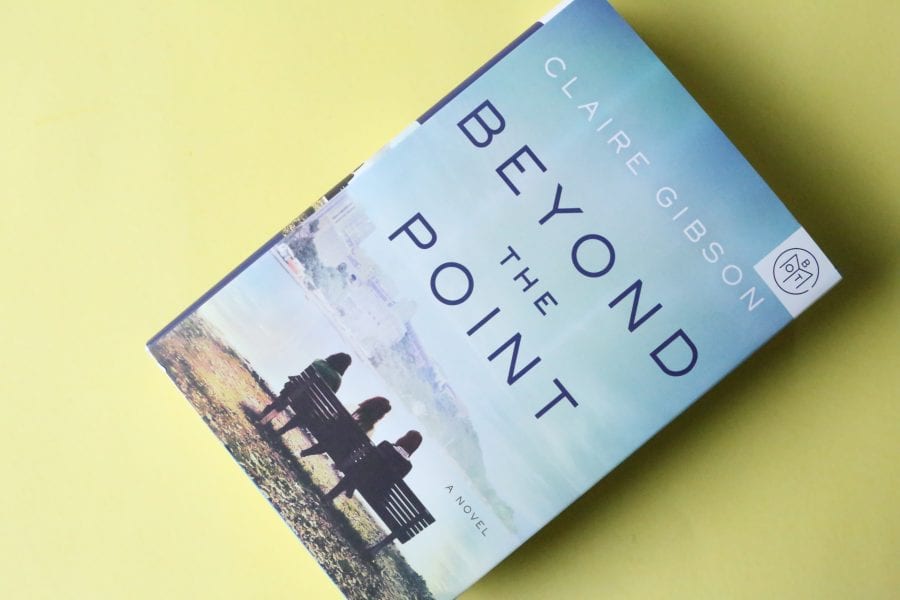 Beyond the Point by Claire Gibson

Duty. Honor. Country. That’s West Point’s motto, and every cadet who passes through its stone gates vows to live it. But on the eve of 9/11, as Dani, Hannah and Avery face four grueling years ahead, they realize they’ll only survive if they do it together.

Everyone knows Dani is going places. With athletic talent and a brilliant mind, she navigates West Point’s predominantly male environment with wit and confidence, breaking stereotypes and embracing new friends.

Hannah’s grandfather, a legendary Army general, offers a stark warning about the dangers that lie ahead, but she moves forward anyway, letting faith guide her path. When she meets her soul mate at West Point, the future looks perfect, just as planned.

Wild child Avery moves fast and doesn’t mind breaking a few rules (and hearts) along the way. But she can’t outpace her self-doubt, and the harder she tries, the further it leads her down a treacherous path.

The world—of business, of love, and of war—awaits Dani, Hannah, and Avery beyond the gates of West Point. These three women know that what doesn’t kill you makes you stronger. But soon, that adage no longer rings true—for their future, or their friendship. As they’re pulled in different directions, will their hard-forged bond prevail or shatter?

Beyond the Point is a heartfelt look at how our closest friends can become our fiercest battle buddies. After all, the greatest battles we fight rarely require a uniform. 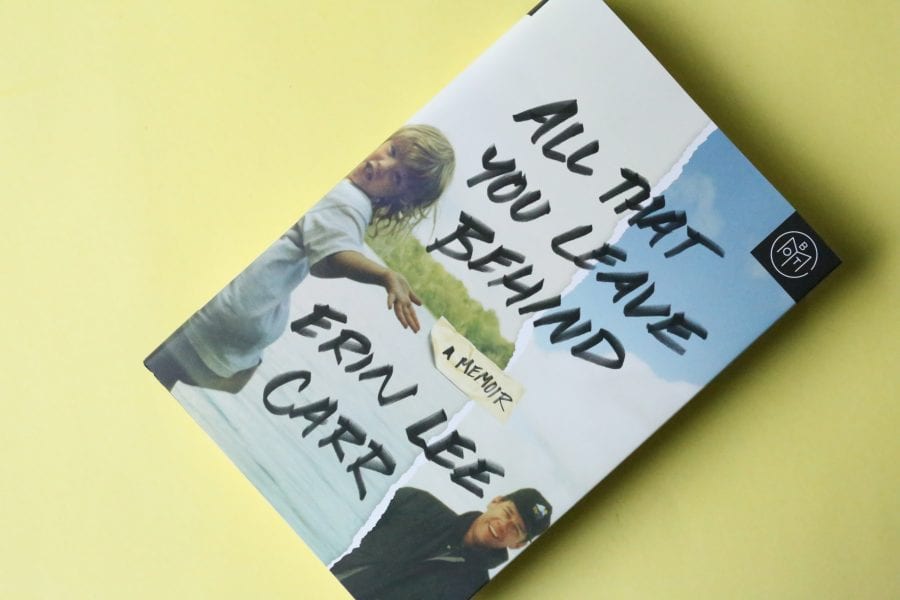 All That You Leave Behind by Erin Lee Carr

What started as an exercise in grief quickly grew into an active investigation: Did her father’s writings contain the answers to the questions of how to move forward in life and work without your biggest champion by your side? How could she fill the space left behind by a man who had come to embody journalistic integrity, rigor, and hard reporting, whose mentorship meant everything not just to her, but to the many who served alongside him?

In All That You Leave Behind, David Carr’s legacy is a lens through which Erin comes to understand her own workplace missteps, existential crises, relationship fails, and toxic relationship with alcohol. Featuring photographs and emails from the author’s personal collection, this coming-of-age memoir unpacks the complex relationship between a daughter and her father, their mutual addictions and challenges with sobriety, and the powerful sense of work and family that comes to define them. 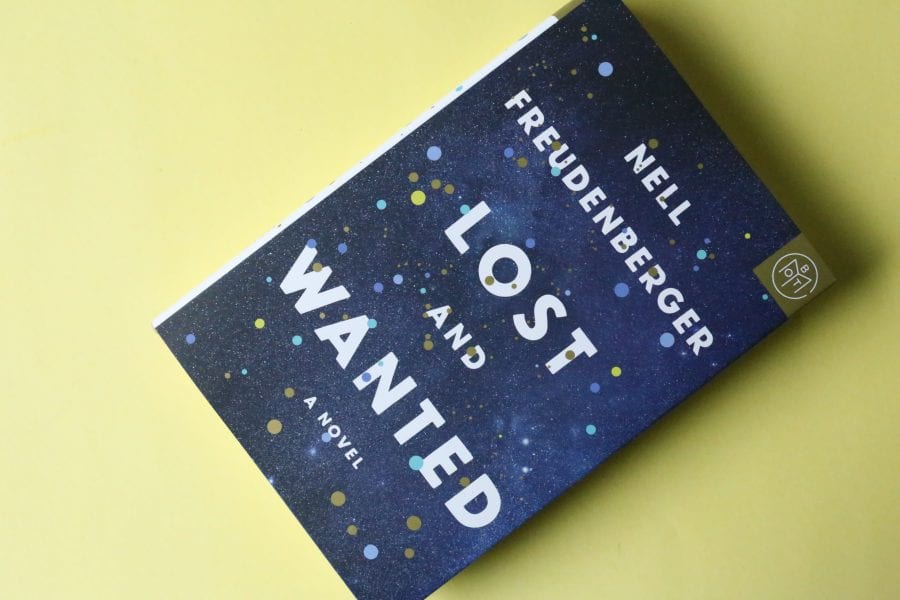 Lost and Wanted by Nell Freudenberger

Helen Clapp is a physics professor. She doesn’t believe in pseudo-science, or time travel and especially not in ghosts. So when she gets a missed call from Charlie, her closest friend from university with whom she hasn’t spoken in over a year, Helen thinks there must be some mistake. Because Charlie died two days ago.

Then when her young son, Jack, claims to have seen Charlie in their house just the other day, Helen begins to have doubts.

Through the grief of the husband and daughter Charlie left behind, Helen is drawn into the orbit of Charlie’s world, slotting in the missing pieces of her friend’s past. And, as she delves into the web of their shared history, Helen finds herself entangled in the forgotten threads of her own life.

“Lost and Wanted” is a searing novel from one of America’s most exciting writers about the sacred knottiness of female friendship, the forces which fuse us together and those which drive us apart. 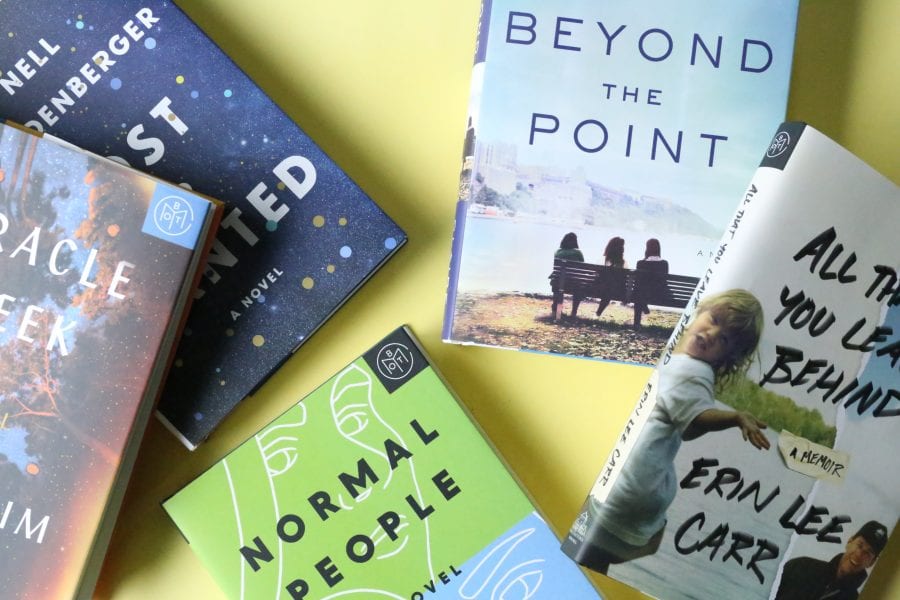 The April Book of the Month selections kind of surprised me. At first glance I wasn’t really feeling any of the books, but upon further inspection (and a little research) I found out that I actually really want to read a couple of them. My first choice was Normal People by Sally Rooney, it has a bit of a romance/YA novel vibe to it and that definitely intrigues me. But……I also really like the sound of Miracle Creek by Angie Kim mostly because of the reviews it receives on Goodreads, and the fact that it is a thriller. Either way I know I will be happy with my choice, and either way I LOVE this subscription. Give me all the books!!