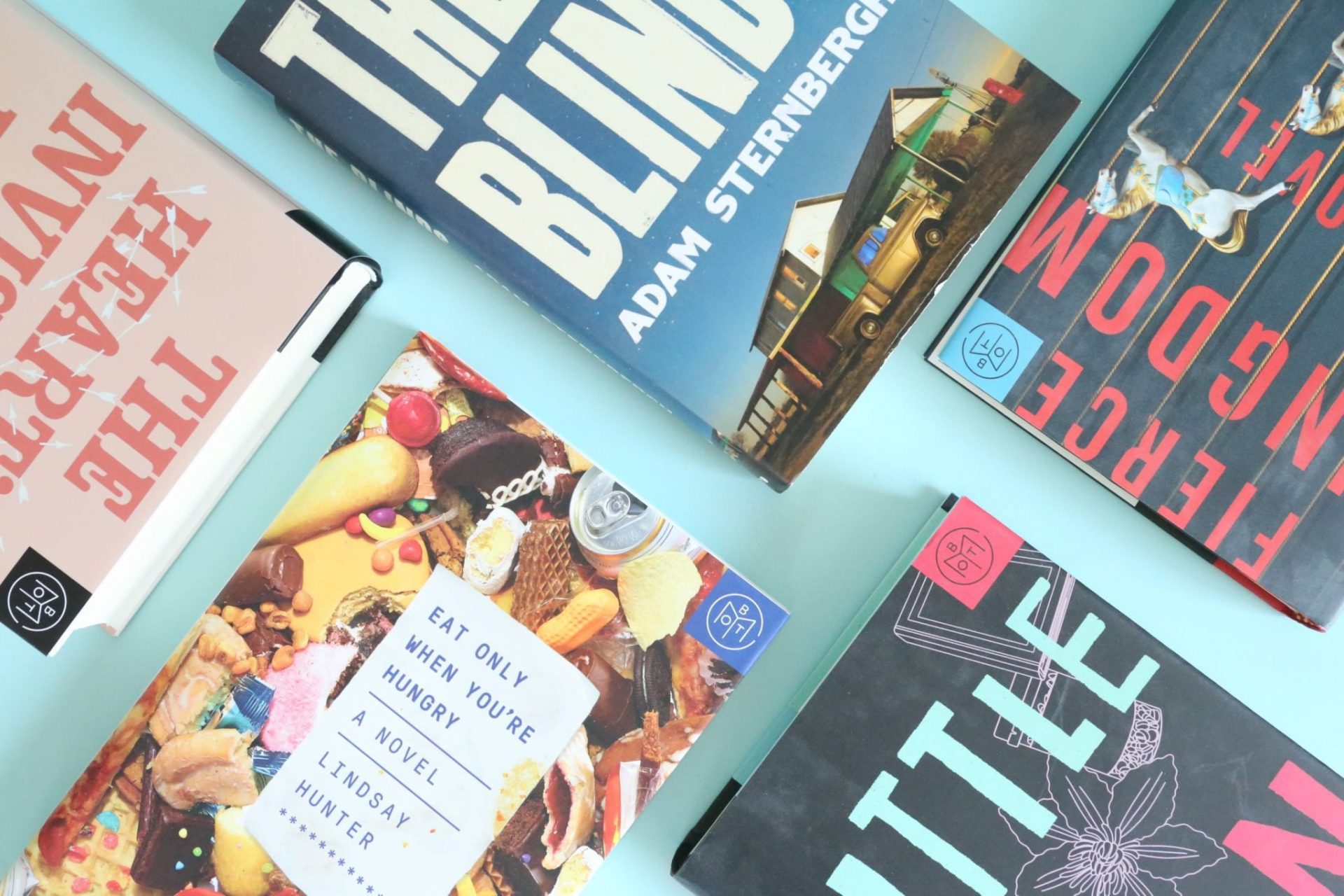 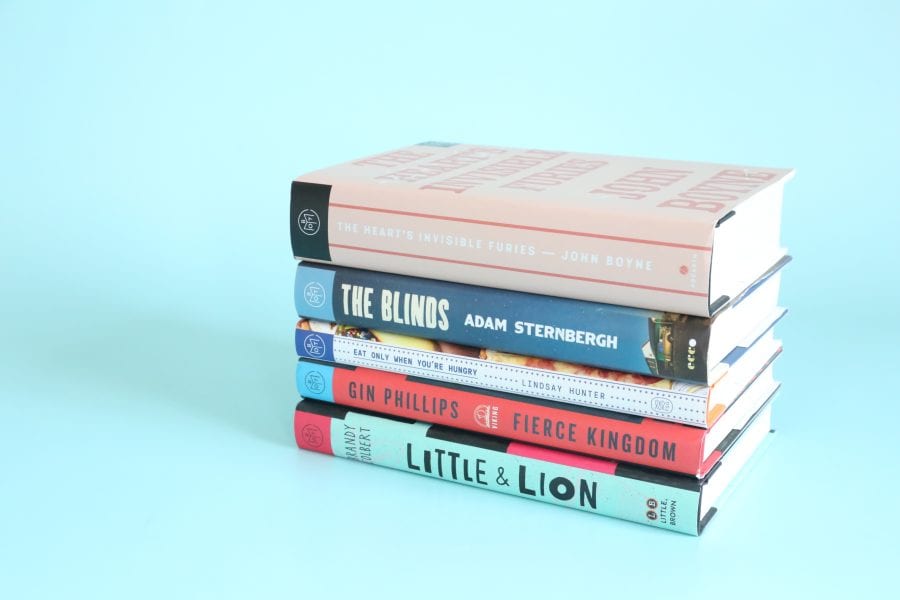 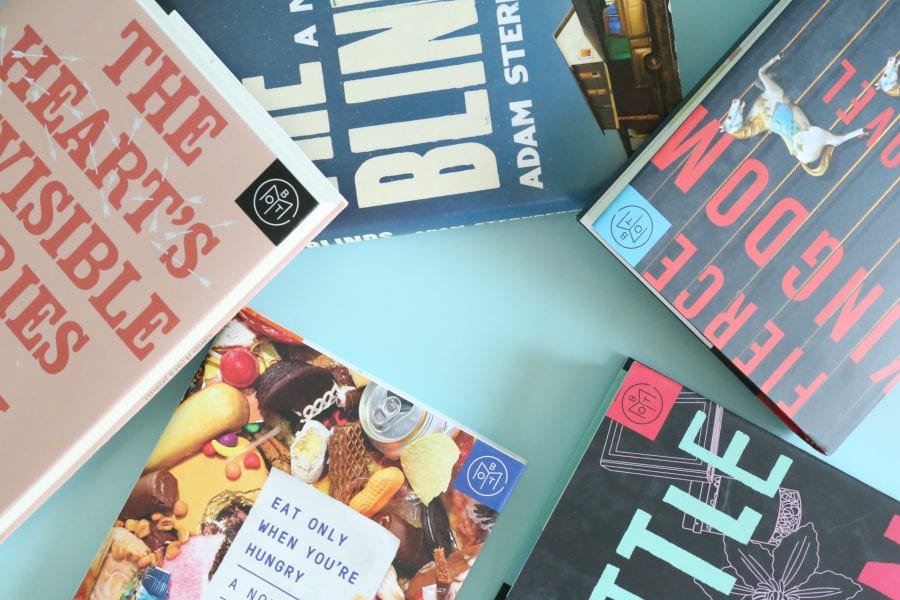 Here’s a look at the selections for August…. 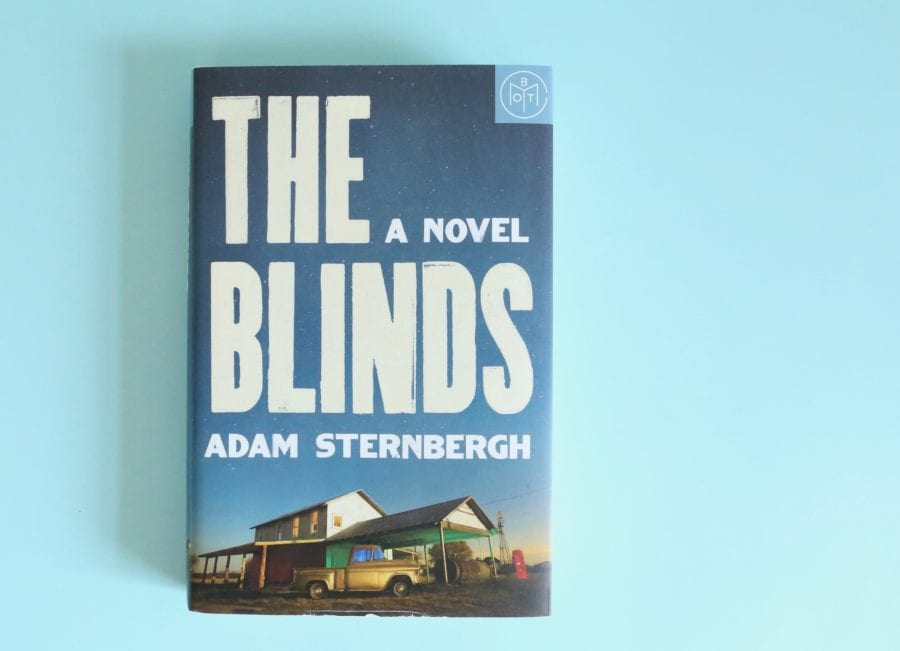 A blistering thriller from the Edgar-nominated author of Shovel Ready—a speculative modern Western with elements of Cormac McCarthy, Jim Thompson, and the Coen brothers that is wickedly funny, razor-sharp, and totally engrossing

Imagine a place populated by criminals-people plucked from their lives, with their memories altered, who’ve been granted new identities and a second chance. Welcome to The Blinds, a dusty town in rural Texas populated by misfits who don’t know if they’ve perpetrated a crime, or just witnessed one. What’s clear to them is that if they leave, they will end up dead.

For eight years, Sheriff Calvin Cooper has kept an uneasy peace—but after a suicide and a murder in quick succession, the town’s residents revolt. Cooper has his own secrets to protect, so when his new deputy starts digging, he needs to keep one step ahead of her—and the mysterious outsiders who threaten to tear the whole place down. The more he learns, the more the hard truth is revealed: The Blinds is no sleepy hideaway. It’s simmering with violence and deception, aching heartbreak and dark betrayals. 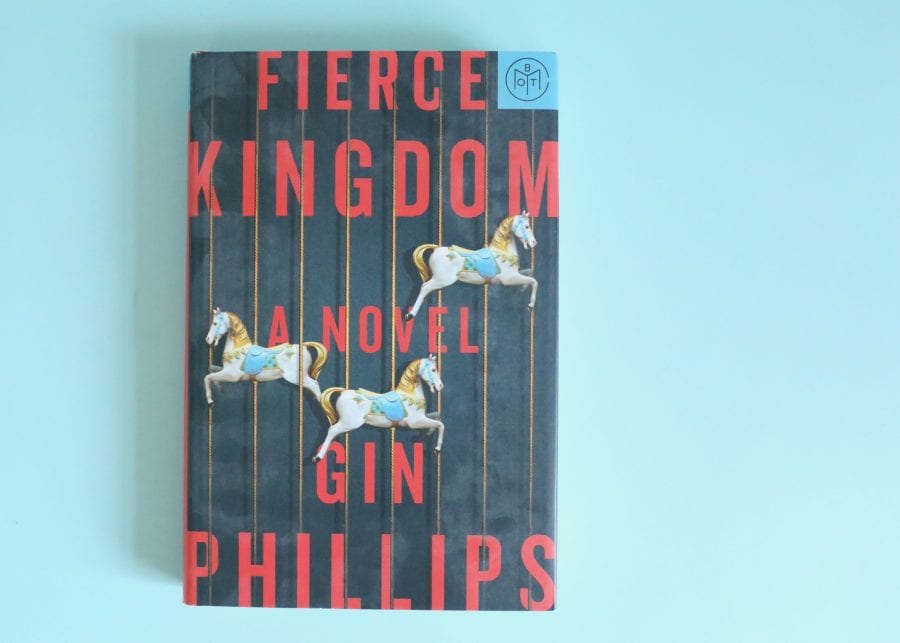 An electrifying novel about the primal and unyielding bond between a mother and her son, and the lengths she’ll go to protect him.

The zoo is nearly empty as Joan and her four-year-old son soak up the last few moments of playtime. They are happy, and the day has been close to perfect. But what Joan sees as she hustles her son toward the exit gate minutes before closing time sends her sprinting back into the zoo, her child in her arms. And for the next three hours—the entire scope of the novel—she keeps on running.

Joan’s intimate knowledge of her son and of the zoo itself—the hidden pathways and under-renovation exhibits, the best spots on the carousel and overstocked snack machines—is all that keeps them a step ahead of danger.

A masterful thrill ride and an exploration of motherhood itself—from its tender moments of grace to its savage power—Fierce Kingdom asks where the boundary is between our animal instinct to survive and our human duty to protect one another. For whom should a mother risk her life? 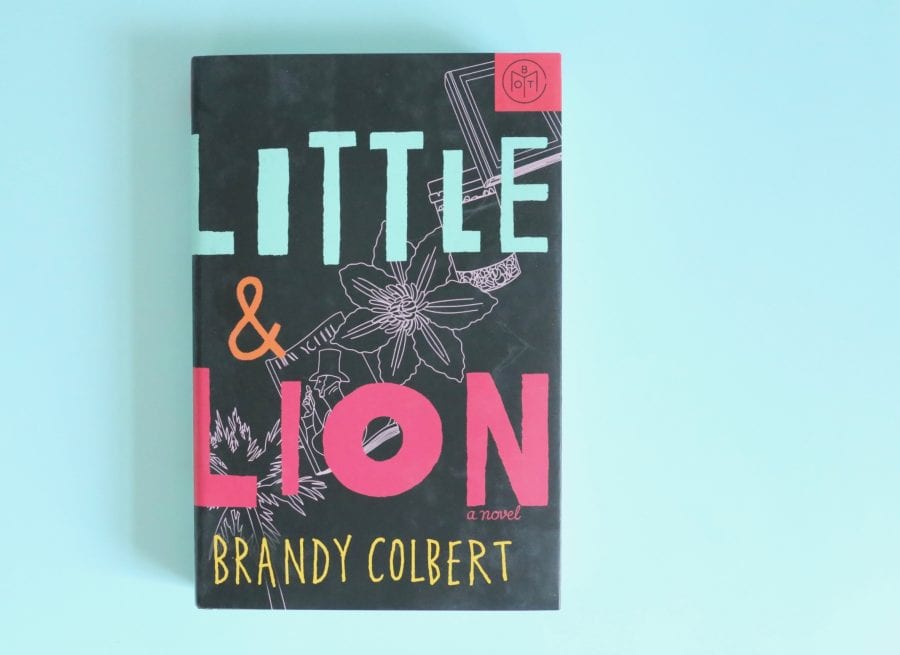 When Suzette comes home to Los Angeles from her boarding school in New England, she isn’t sure if she’ll ever want to go back. L.A. is where her friends and family are (along with her crush, Emil). And her stepbrother, Lionel, who has been diagnosed with bipolar disorder, needs her emotional support.

But as she settles into her old life, Suzette finds herself falling for someone new…the same girl her brother is in love with. When Lionel’s disorder spirals out of control, Suzette is forced to confront her past mistakes and find a way to help her brother before he hurts himself–or worse. 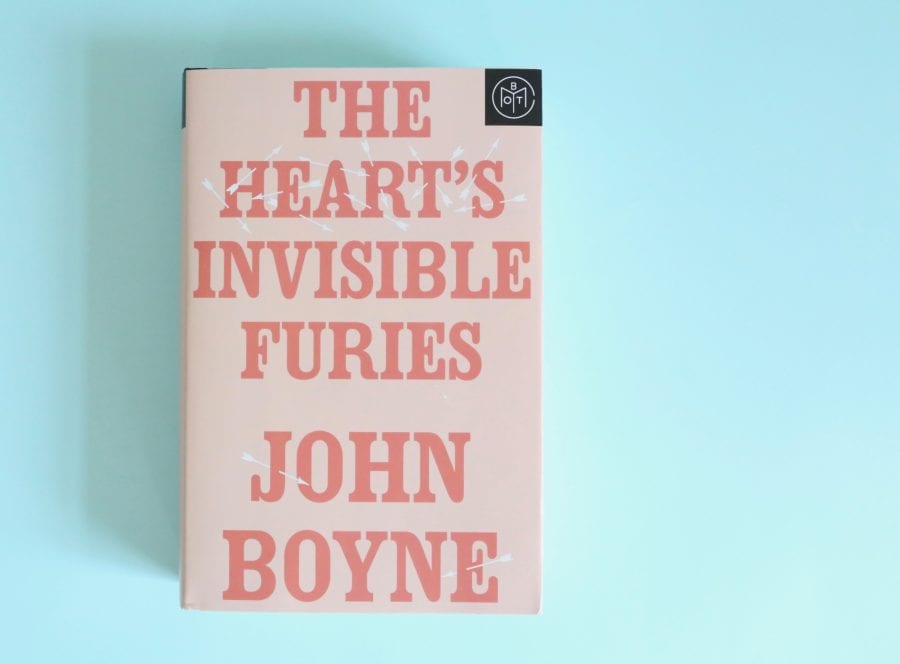 Cyril Avery is not a real Avery — or at least, that’s what his adoptive parents tell him. And he never will be. But if he isn’t a real Avery, then who is he?

Born out of wedlock to a teenage girl cast out from her rural Irish community and adopted by a well-to-do if eccentric Dublin couple via the intervention of a hunchbacked Redemptorist nun, Cyril is adrift in the world, anchored only tenuously by his heartfelt friendship with the infinitely more glamourous and dangerous Julian Woodbead. At the mercy of fortune and coincidence, he will spend a lifetime coming to know himself and where he came from and over his many years will struggle to discover an identity, a home, a country, and much more.

In this, Boyne’s most transcendent work to date, we are shown the story of Ireland from the 1940s to today through the eyes of one ordinary man. The Heart’s Invisible Furies is a novel to make you laugh and cry while reminding us all of the redemptive power of the human spirit. 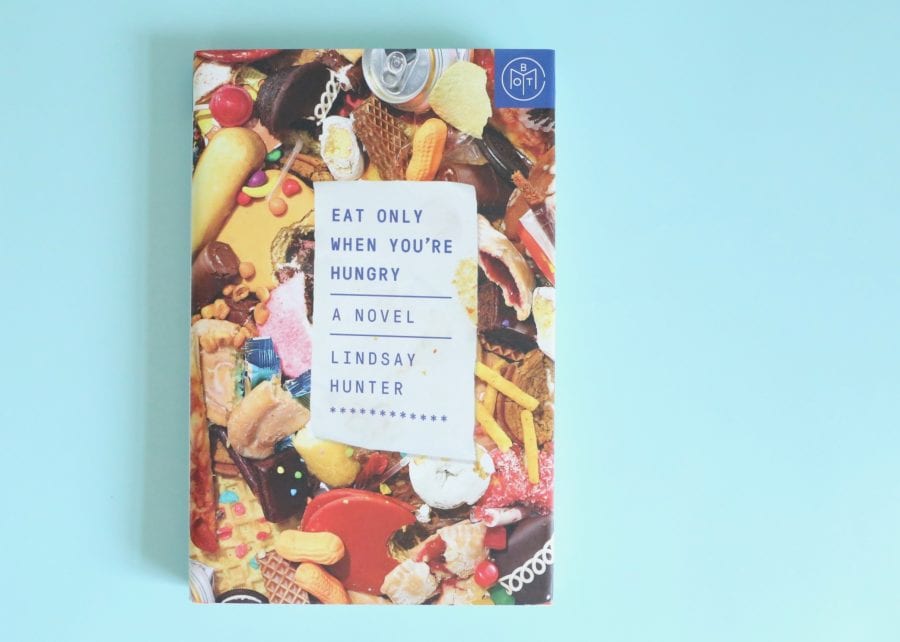 In Lindsay Hunter’s achingly funny, fiercely honest second novel, Eat Only When You’re Hungry, we meet Greg—an overweight fifty-eight-year-old and the father of Greg Junior, GJ, who has been missing for three weeks. GJ’s been an addict his whole adult life, disappearing for days at a time, but for some reason this absence feels different, and Greg has convinced himself that he’s the only one who can find his son. So he rents an RV and drives from his home in West Virginia to the outskirts of Orlando, Florida, the last place GJ was seen. As we travel down the streets of the bizarroland that is Florida, the urgency to find GJ slowly recedes into the background, and the truths about Greg’s mistakes—as a father, a husband, a man—are uncovered.

In Eat Only When You’re Hungry, Hunter elicits complex sympathy for her characters, asking the reader to take a closer look at the way we think about addiction—why we demonize the junkie but turn a blind eye to drinking a little too much or eating too much—and the fallout of failing ourselves. 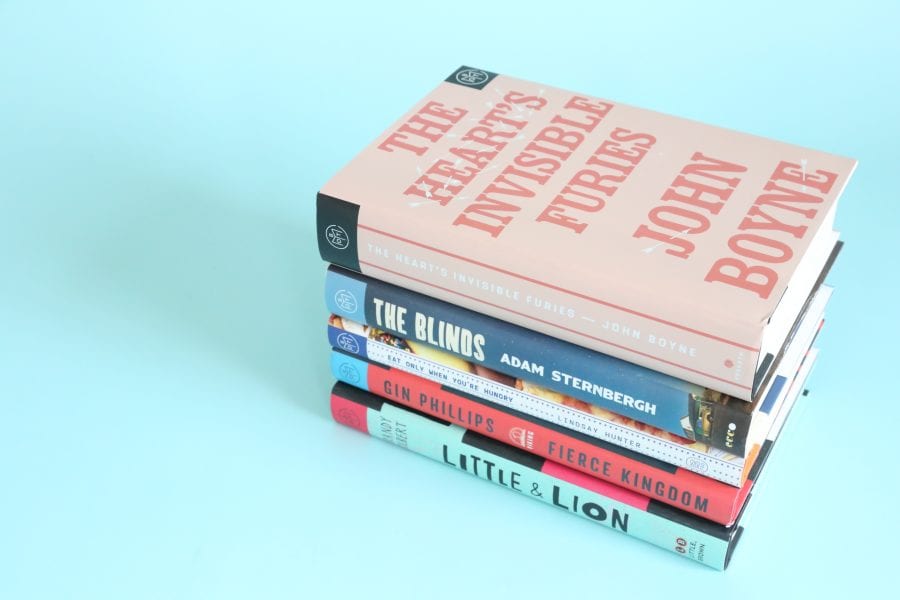 We have a nice variety of reads this month. At first glance I didn’t feel as excited as I normally do, but as I began to research each title the excitement level started to build. There are a couple of books this month that appeal to me more than the others – The Blinds & Fierce Kingdom. I have a feeling I will end up reading The Blinds first. I’m intrigued by the whole altered memory thing. And the idea of a town that has been created specifically for the mind altered population also strikes a chord with me. I’m also very happy to see another Young Adult novel in the mix. Little & Lion doesn’t really jump out at me, but I do really love Young Adult novels so I will probably read this one after Fierce Kingdom.

What do you think of the August selections?