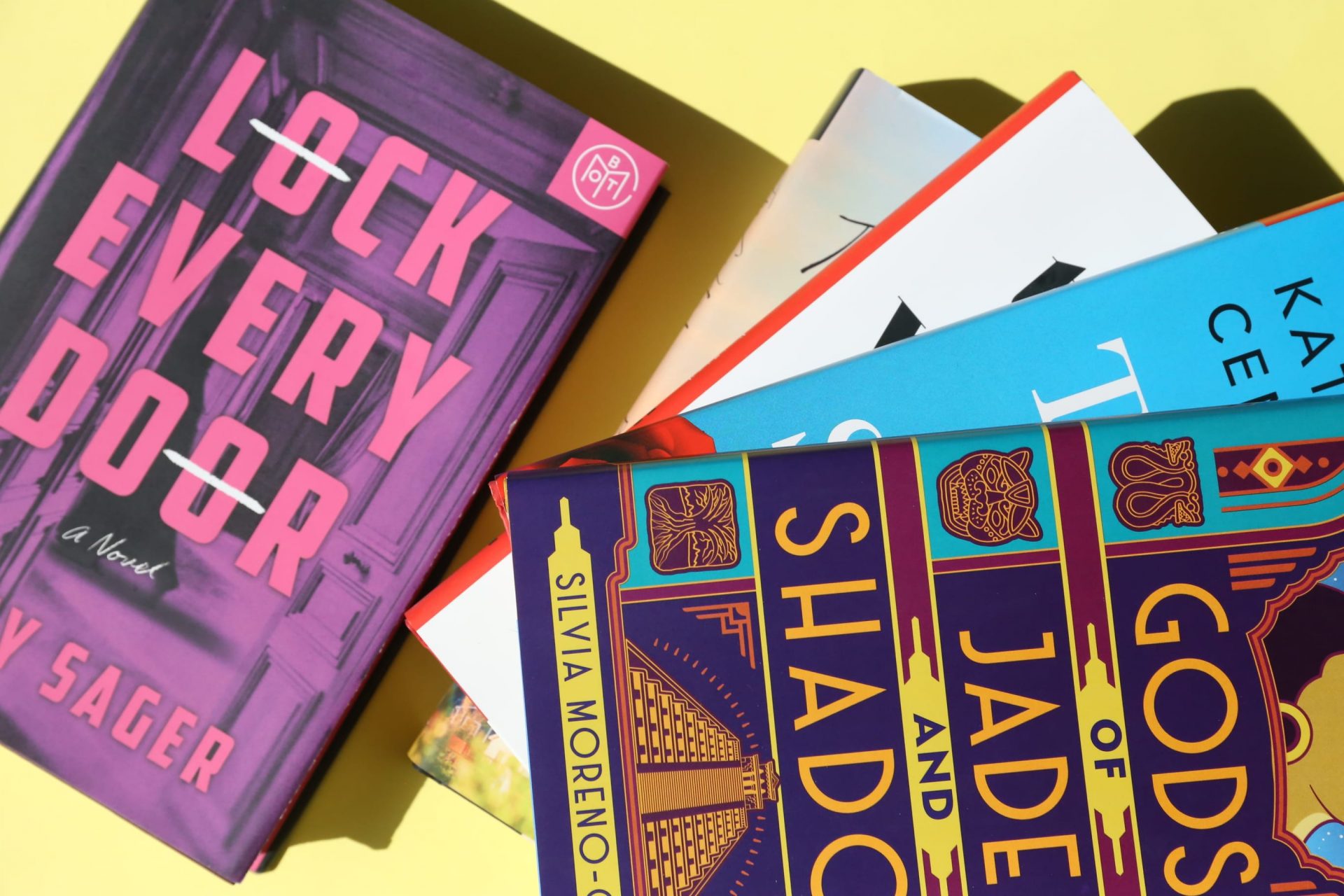 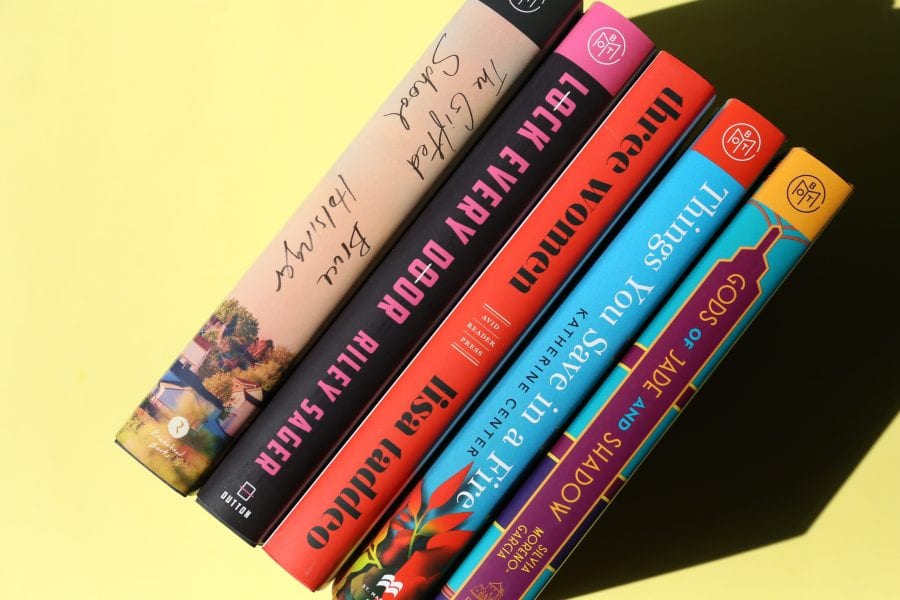 Each month Book of the Month kindly sends me all 5 of the book selections to share with you and it is easily my favorite delivery each month. I can’t even tell you how excited I get when I see the brown BOTM box sitting at my front door.

This month’s delivery arrived quite late, but I am totally ok with that. I would rather receive it late than not at all. Especially for the month of July because there are 2 books this month that I just HAD to read. 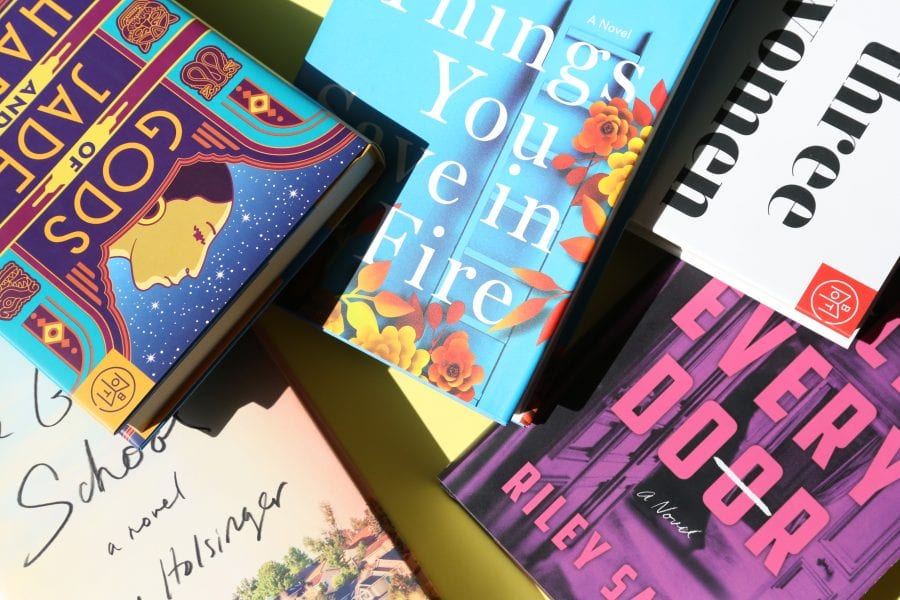 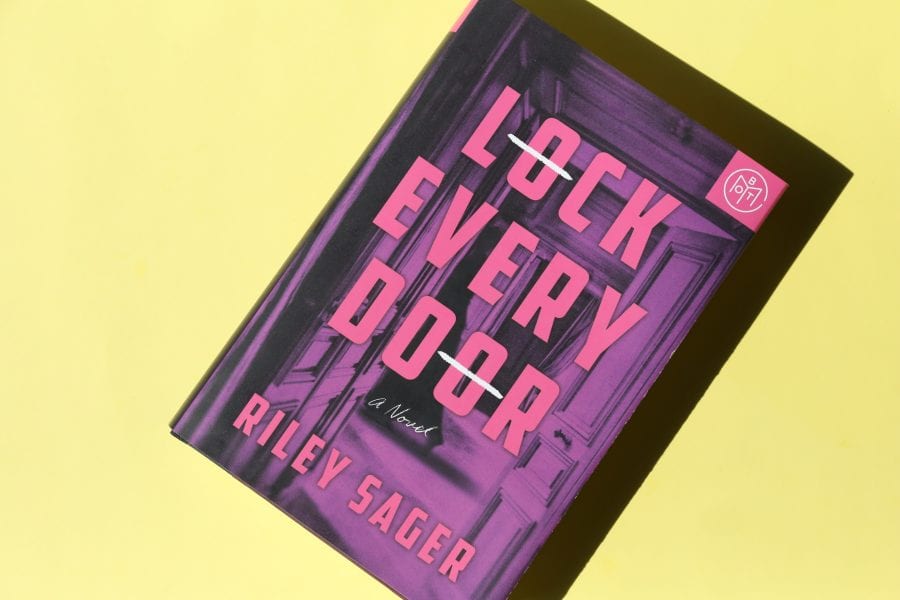 Lock Every Door by Riley Sager

No visitors. No nights spent away from the apartment. No disturbing the other residents, all of whom are rich or famous or both. These are the only rules for Jules Larsen’s new job as an apartment sitter at the Bartholomew, one of Manhattan’s most high-profile and mysterious buildings. Recently heartbroken and just plain broke, Jules is taken in by the splendor of her surroundings and accepts the terms, ready to leave her past life behind.

As she gets to know the residents and staff of the Bartholomew, Jules finds herself drawn to fellow apartment sitter Ingrid, who comfortingly, disturbingly reminds her of the sister she lost eight years ago. When Ingrid confides that the Bartholomew is not what it seems and the dark history hidden beneath its gleaming facade is starting to frighten her, Jules brushes it off as a harmless ghost story—until the next day, when Ingrid disappears.

Searching for the truth about Ingrid’s disappearance, Jules digs deeper into the Bartholomew’s dark past and into the secrets kept within its walls. Her discovery that Ingrid is not the first apartment sitter to go missing at the Bartholomew pits Jules against the clock as she races to unmask a killer, expose the building’s hidden past, and escape the Bartholomew before her temporary status becomes permanent. 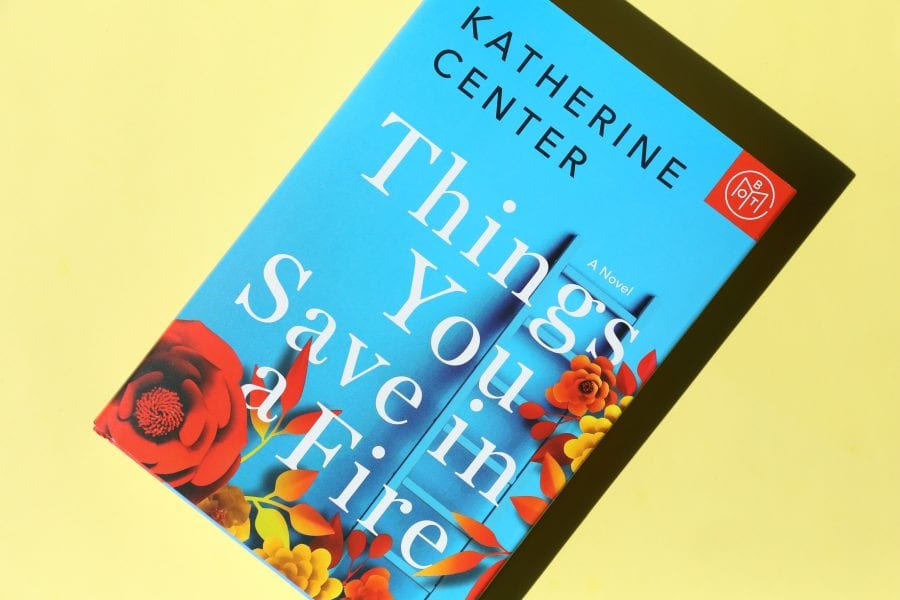 Things You Save in a Fire by Katherine Center

Cassie Hanwell was born for emergencies. As one of the only female firefighters in her Texas firehouse, she’s seen her fair share of them, and she’s excellent at dealing with other people’s tragedies. But when her estranged and ailing mother asks her to uproot her life and move to Boston, it’s an emergency of a kind Cassie never anticipated.

The tough, old-school Boston firehouse is as different from Cassie’s old job as it could possibly be. Hazing, a lack of funding, and poor facilities mean that the firemen aren’t exactly thrilled to have a “lady” on the crew, even one as competent and smart as Cassie. Except for the handsome rookie, who doesn’t seem to mind having Cassie around. But she can’t think about that. Because she doesn’t fall in love. And because of the advice her old captain gave her: don’t date firefighters. Cassie can feel her resolve slipping…but will she jeopardize her place in a career where she’s worked so hard to be taken seriously?

Katherine Center’s Things You Save in a Fire is a heartfelt, affecting novel about life, love, and the true meaning of courage. 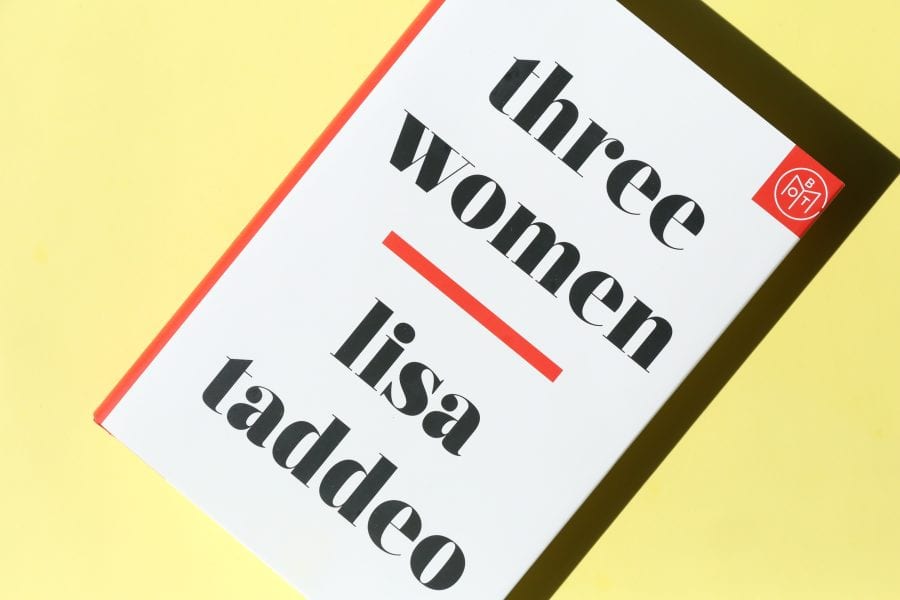 It thrills us and torments us. It controls our thoughts, destroys our lives, and it’s all we live for. Yet we almost never speak of it. And as a buried force in our lives, desire remains largely unexplored—until now. Over the past eight years, journalist Lisa Taddeo has driven across the country six times to embed herself with ordinary women from different regions and backgrounds. The result, Three Women, is the deepest nonfiction portrait of desire ever written and one of the most anticipated books of the year.

We begin in suburban Indiana with Lina, a homemaker and mother of two whose marriage, after a decade, has lost its passion. She passes her days cooking and cleaning for a man who refuses to kiss her on the mouth, protesting that “the sensation offends” him. To Lina’s horror, even her marriage counselor says her husband’s position is valid. Starved for affection, Lina battles daily panic attacks. When she reconnects with an old flame through social media, she embarks on an affair that quickly becomes all-consuming.

In North Dakota we meet Maggie, a seventeen-year-old high school student who finds a confidant in her handsome, married English teacher. By Maggie’s account, supportive nightly texts and phone calls evolve into a clandestine physical relationship, with plans to skip school on her eighteenth birthday and make love all day; instead, he breaks up with her on the morning he turns thirty. A few years later, Maggie has no degree, no career, and no dreams to live for. When she learns that this man has been named North Dakota’s Teacher of the Year, she steps forward with her story—and is met with disbelief by former schoolmates and the jury that hears her case. The trial will turn their quiet community upside down.

Finally, in an exclusive enclave of the Northeast, we meet Sloane—a gorgeous, successful, and refined restaurant owner—who is happily married to a man who likes to watch her have sex with other men and women. He picks out partners for her alone or for a threesome, and she ensures that everyone’s needs are satisfied. For years, Sloane has been asking herself where her husband’s desire ends and hers begins. One day, they invite a new man into their bed—but he brings a secret with him that will finally force Sloane to confront the uneven power dynamics that fuel their lifestyle. 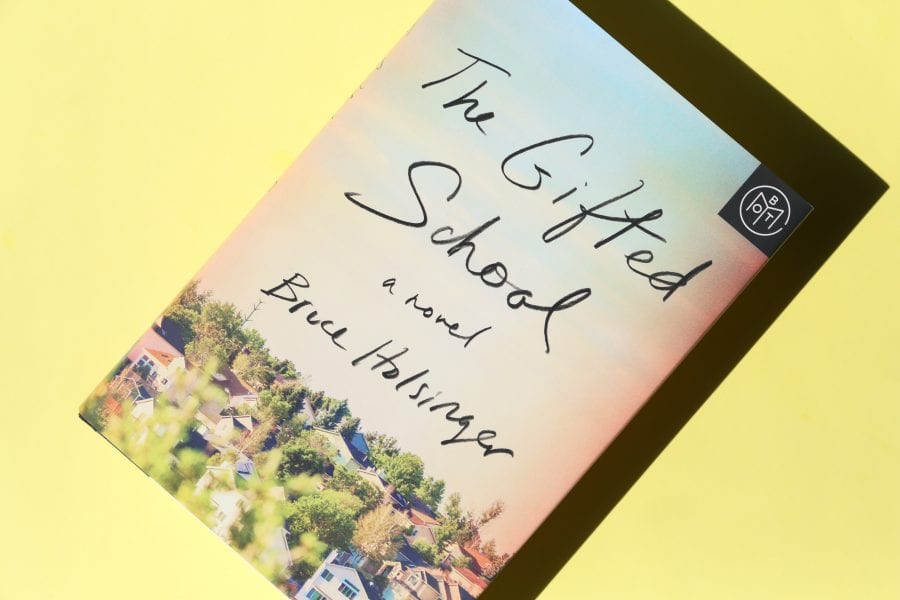 The Gifted School by Bruce Holsinger

Smart and juicy, a compulsively readable novel about a previously happy group of friends and parents that is nearly destroyed by their own competitiveness when an exclusive school for gifted children opens in the community

This deliciously sharp novel captures the relentless ambitions and fears that animate parents and their children in modern America, exploring the conflicts between achievement and potential, talent and privilege.

Set in the fictional town of Crystal, Colorado, The Gifted School is a keenly entertaining novel that observes the drama within a community of friends and parents as good intentions and high ambitions collide in a pile-up with long-held secrets and lies. Seen through the lens of four families who’ve been a part of one another’s lives since their kids were born over a decade ago, the story reveals not only the lengths that some adults are willing to go to get ahead, but the effect on the group’s children, sibling relationships, marriages, and careers, as simmering resentments come to a boil and long-buried, explosive secrets surface and detonate. It’s a humorous, keenly observed, timely take on ambitious parents, willful kids, and the pursuit of prestige, no matter the cost. 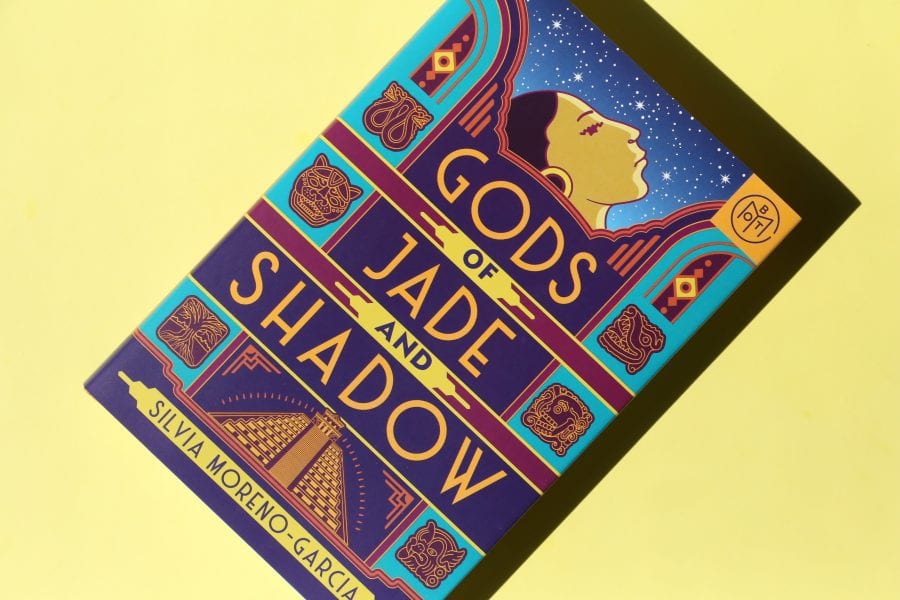 Gods of Jade and Shadow by Silvia Moreno-Garcia

The Jazz Age is in full swing, but Casiopea Tun is too busy cleaning the floors of her wealthy grandfather’s house to listen to any fast tunes. Nevertheless, she dreams of a life far from her dusty small town in southern Mexico. A life she can call her own.

Yet this new life seems as distant as the stars, until the day she finds a curious wooden box in her grandfather’s room. She opens it—and accidentally frees the spirit of the Mayan god of death, who requests her help in recovering his throne from his treacherous brother. Failure will mean Casiopea’s demise, but success could make her dreams come true.

In the company of the strangely alluring god and armed with her wits, Casiopea begins an adventure that will take her on a cross-country odyssey from the jungles of Yucatán to the bright lights of Mexico City—and deep into the darkness of the Mayan underworld. 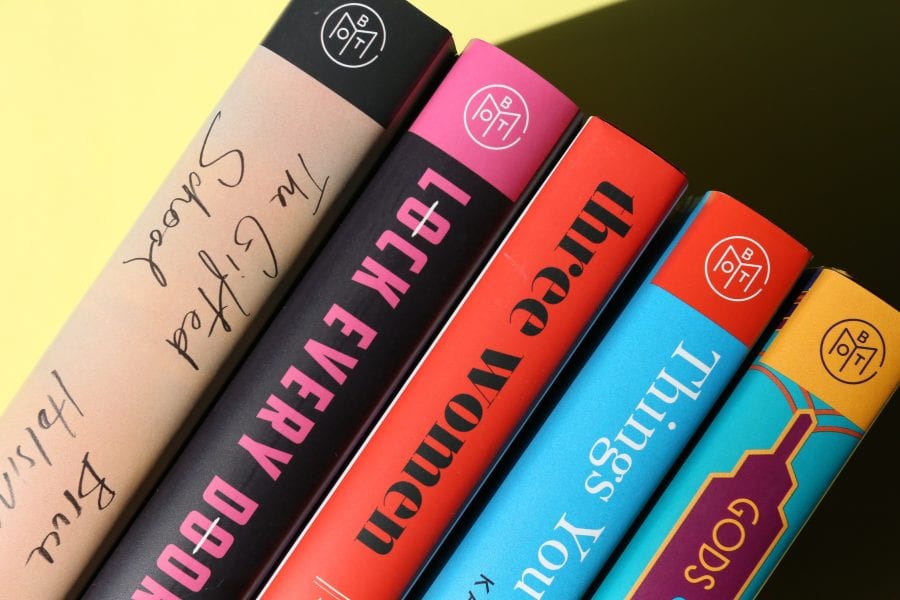 If you read my previous Book of the Month review, the one where I showcased my monthly book selection, then you will know that my first choice this month was Lock Every Door by Riley Sager. Riley has been featured in Book of the Month three times now, and I have LOVED each and every book. I actually really love the fact that they feature repeat authors and really hope to see more Riley Sager books in future boxes. Other than that I really wanted to read The Gifted School. Even though it’s not my typical thriller, there’s just something about it that is sucking me in. One reviewer said that they hope it becomes a TV series.

Any who…..I am absolutely THRILLED with the July Book of the Month selections. Definitely one of my favorite BOTM deliveries to date.