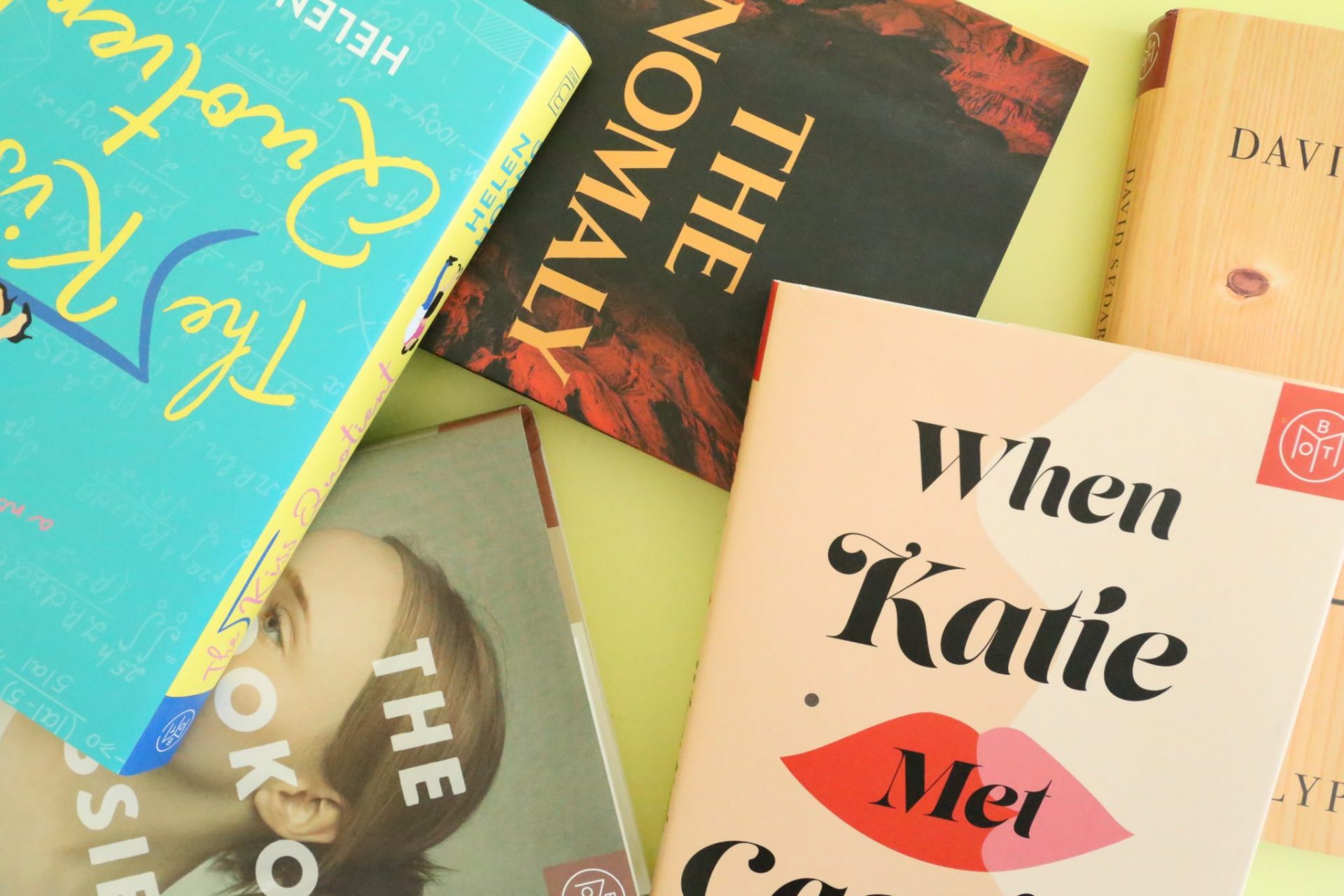 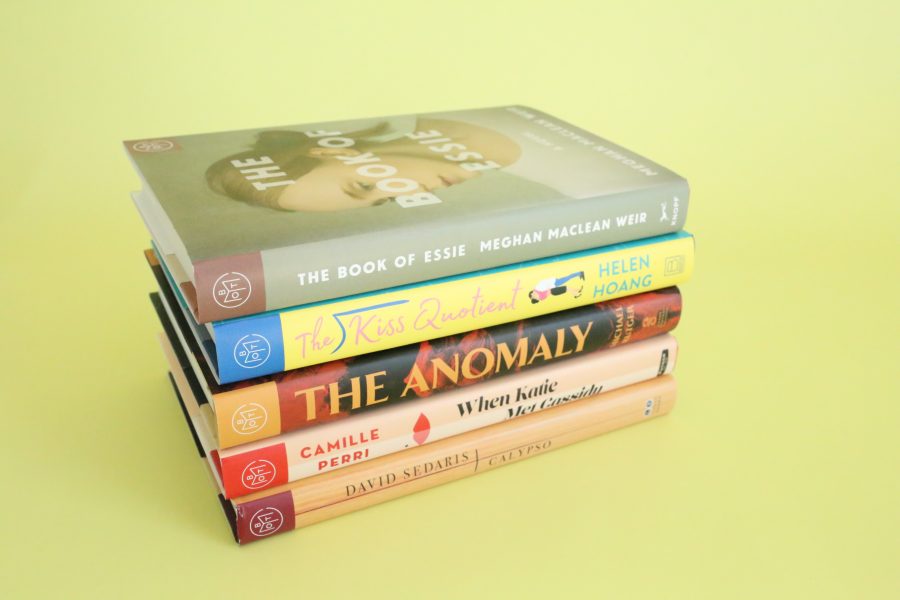 Every month Book of the Month releases 5 new books of which subscribers can choose to receive. This month we had the chance to look at all 5 of the books from the June collection.

I look forward to this subscription every single month. Some of my favourite books have been discovered in this box and they always have at least one book that piques my interest. Let’s have a closer look….. 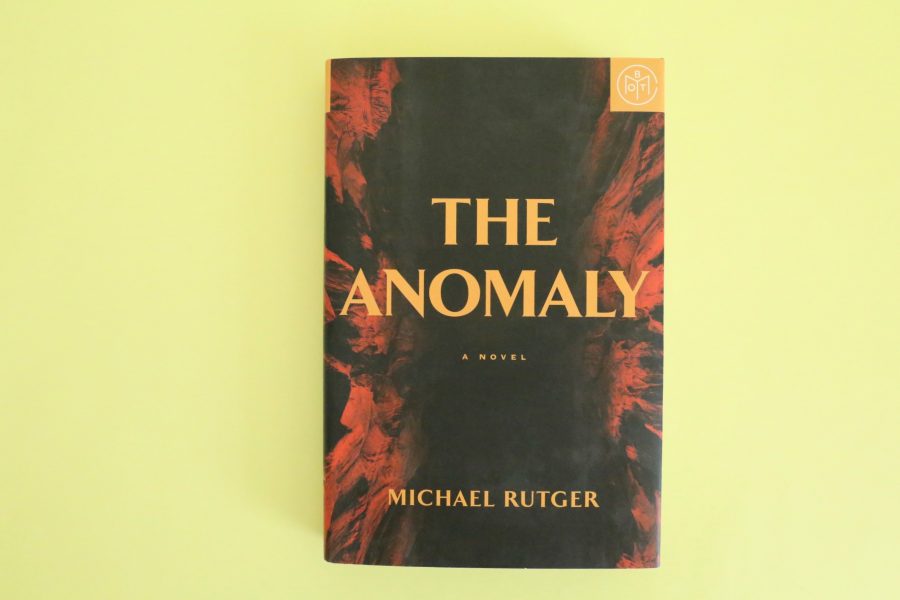 The Anomaly by Michael Rutger

If Indiana Jones lived in the X-Files era, he might bear at least a passing resemblance to Nolan Moore — a rogue archaeologist hosting a documentary series derisively dismissed by the “real” experts, but beloved of conspiracy theorists.

Nolan sets out to retrace the steps of an explorer from 1909 who claimed to have discovered a mysterious cavern high up in the ancient rock of the Grand Canyon. And, for once, he may have actually found what he seeks. Then the trip takes a nasty turn, and the cave begins turning against them in mysterious ways.

Nolan’s story becomes one of survival against seemingly impossible odds. The only way out is to answer a series of intriguing questions: What is this strange cave? How has it remained hidden for so long? And what secret does it conceal that made its last visitors attempt to seal it forever? 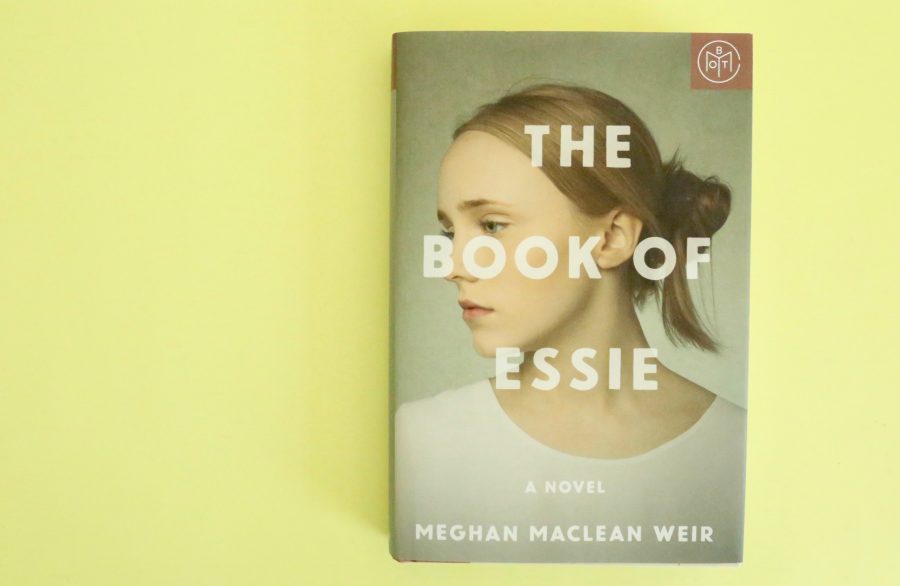 The Book of Essie by Meghan MacLean Weir

Esther Ann Hicks–Essie–is the youngest child on Six for Hicks, a reality television phenomenon. She’s grown up in the spotlight, both idolized and despised for her family’s fire-and-brimstone brand of faith. When Essie’s mother, Celia, discovers that Essie is pregnant, she arranges an emergency meeting with the show’s producers: Do they sneak Essie out of the country for an abortion? Do they pass the child off as Celia’s? Or do they try to arrange a marriage–and a ratings-blockbuster wedding? Meanwhile, Essie is quietly pairing herself up with Roarke Richards, a senior at her school with a secret of his own to protect. As the newly formed couple attempt to sell their fabricated love story to the media–through exclusive interviews with an infamously conservative reporter named Liberty Bell–Essie finds she has questions of her own: What was the real reason for her older sister leaving home? Who can she trust with the truth about her family? And how much is she willing to sacrifice to win her own freedom? 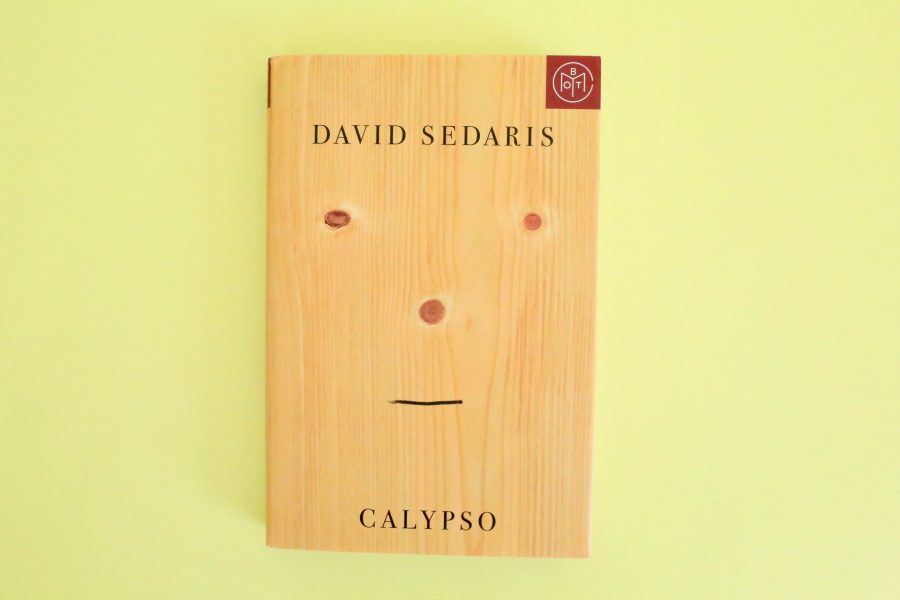 If you’ve ever laughed your way through David Sedaris’s cheerfully misanthropic stories, you might think you know what you’re getting with Calypso. You’d be wrong.

When he buys a beach house on the Carolina coast, Sedaris envisions long, relaxing vacations spent playing board games and lounging in the sun with those he loves most. And life at the Sea Section, as he names the vacation home, is exactly as idyllic as he imagined, except for one tiny, vexing realization: it’s impossible to take a vacation from yourself.

With Calypso, Sedaris sets his formidable powers of observation toward middle age and mortality. Make no mistake: these stories are very, very funny–it’s a book that can make you laugh ’til you snort, the way only family can. Sedaris’s powers of observation have never been sharper, and his ability to shock readers into laughter unparalleled. But much of the comedy here is born out of that vertiginous moment when your own body betrays you and you realize that the story of your life is made up of more past than future.

This is beach reading for people who detest beaches, required reading for those who loathe small talk and love a good tumor joke. Calypso is simultaneously Sedaris’s darkest and warmest book yet–and it just might be his very best. 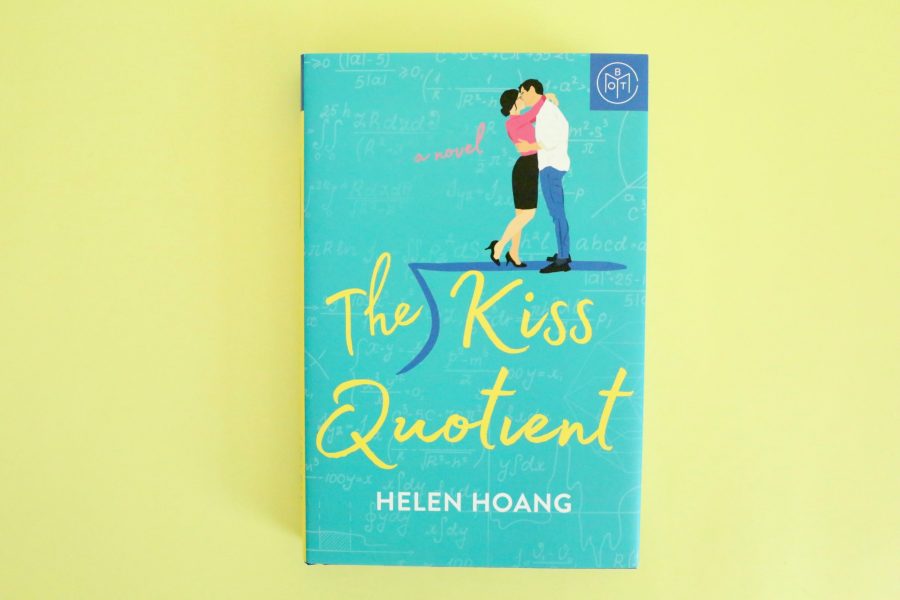 The Kiss Quotient by Helen Hoang

Stella Lane thinks math is the only thing that unites the universe. She comes up with algorithms to predict customer purchases–a job that has given her more money than she knows what to do with, and way less experience in the dating department than the average thirty-year-old.

It doesn’t help that Stella has Asperger’s and French kissing reminds her of a shark getting its teeth cleaned by pilot fish. Her conclusion: she needs lots of practice–with a professional. Which is why she hires escort Michael Phan. The Vietnamese and Swedish stunner can’t afford to turn down Stella’s offer, and agrees to help her check off all the boxes on her lesson plan–from foreplay to more-than-missionary position…

Before long, Stella not only learns to appreciate his kisses, but to crave all the other things he’s making her feel. Soon, their no-nonsense partnership starts making a strange kind of sense. And the pattern that emerges will convince Stella that love is the best kind of logic… 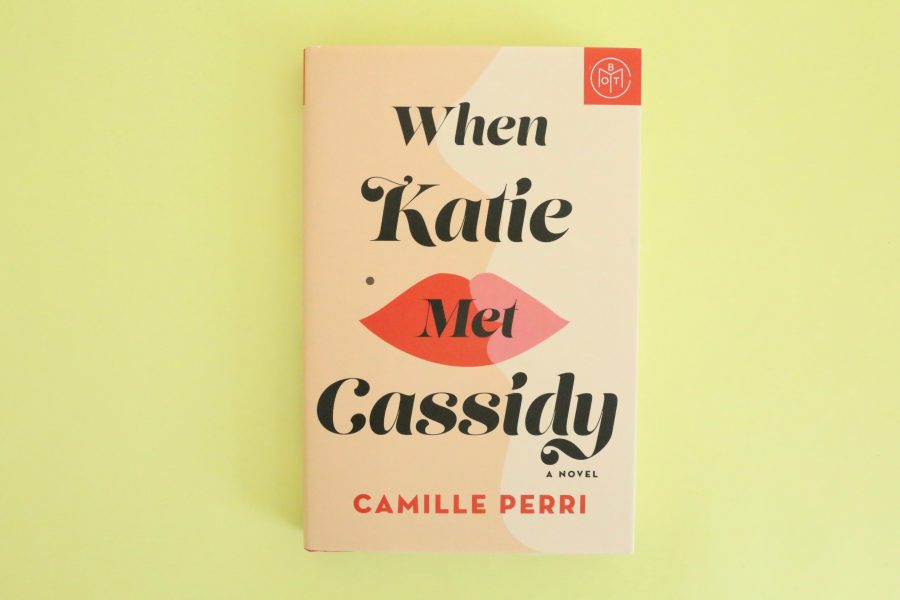 Katie Daniels is a perfection-seeking 28-year-old lawyer living the New York dream. She’s engaged to charming art curator Paul Michael, has successfully made her way up the ladder at a multinational law firm and has a hold on apartments in Soho and the West Village. Suffice it to say, she has come a long way from her Kentucky upbringing.

But the rug is swept from under Katie when she is suddenly dumped by her fiance, Paul Michael, leaving her devastated and completely lost. On a whim, she agrees to have a drink with Cassidy Price-a self-assured, sexually promiscuous woman she meets at work. The two form a newfound friendship, which soon brings into question everything Katie thought she knew about sex—and love.

When Katie Met Cassidy is a romantic comedy that explores how, as a culture, while we may have come a long way in terms of gender equality, a woman’s capacity for an entitlement to sexual pleasure still remain entirely taboo. This novel tackles the question: Why, when it comes to female sexuality, are so few women figuring out what they want and then going out and doing it? 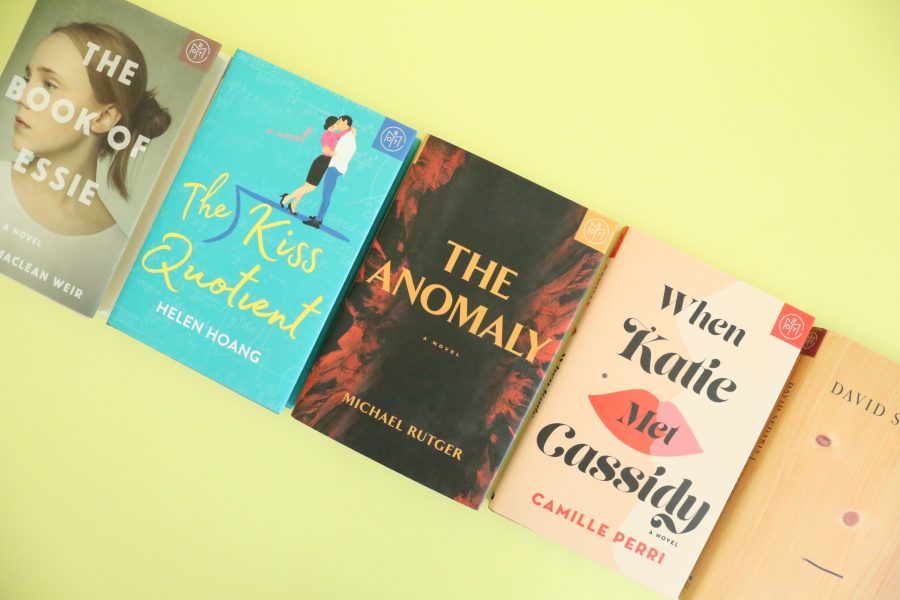 This month’s Book of the Month selection isn’t getting me as excited as past few months have. The April and May selections included at least 2 books (maybe 3) that I really wanted to read. But, that doesn’t mean I’m not happy with the June books. I still managed to find one that really appeals to me – The Book of Essie by Meghan MacLean Weir. This one stood out to me not only for the story line but also because of the reviews it received on Goodreads. It appears to have a bit of a Young Adult vibe to it and a few of the reviews I read mentioned that it was an easy read, perfect for the beach. I’m all about easy reads. I like to get lost in my books and I like for them to grab my attention immediately. I have a feeling that’s what The Book of Essie will do.