» Subscription Box Reviews » Book of the Month Selection Review May 2018

Book of the Month Selection Review May 2018 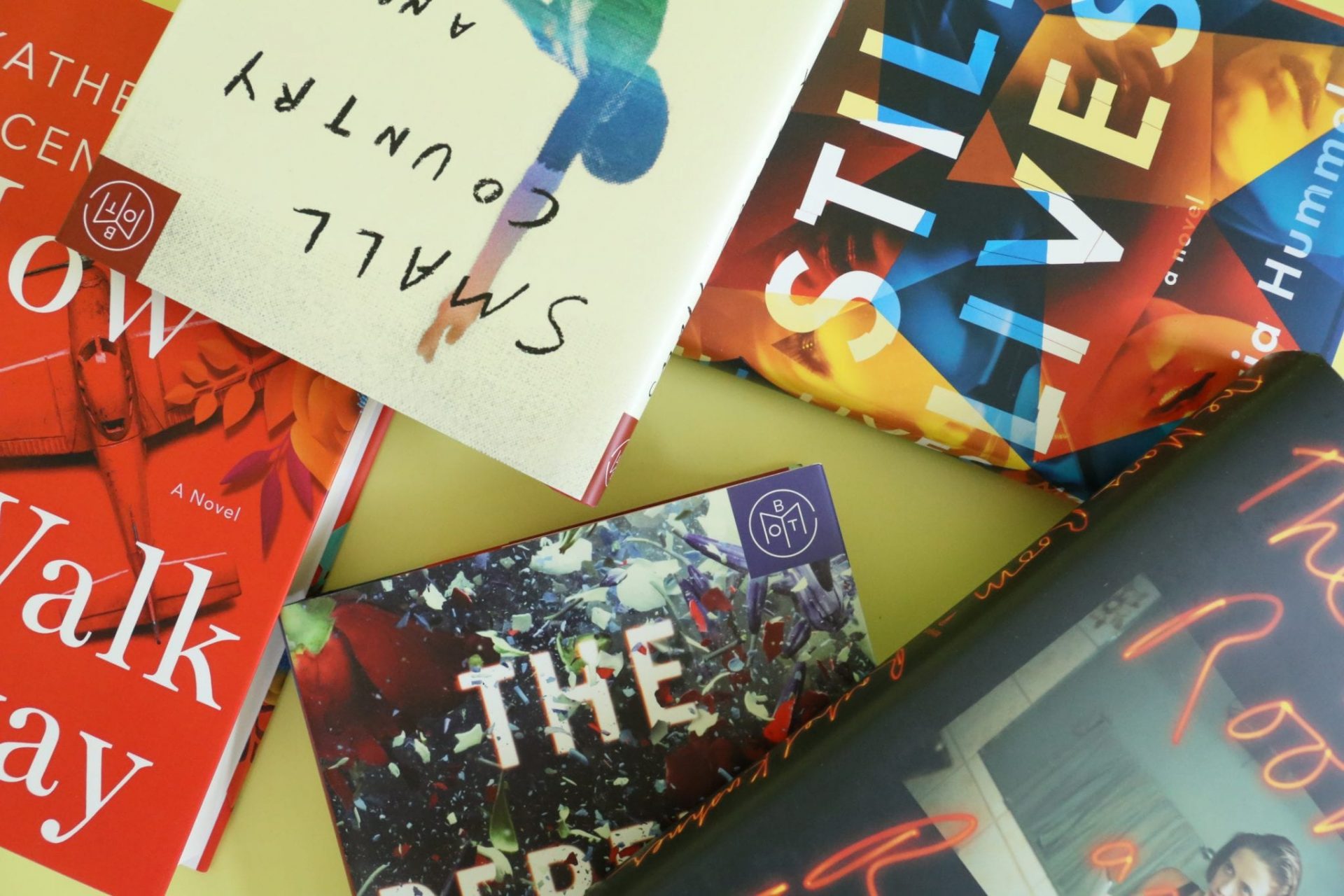 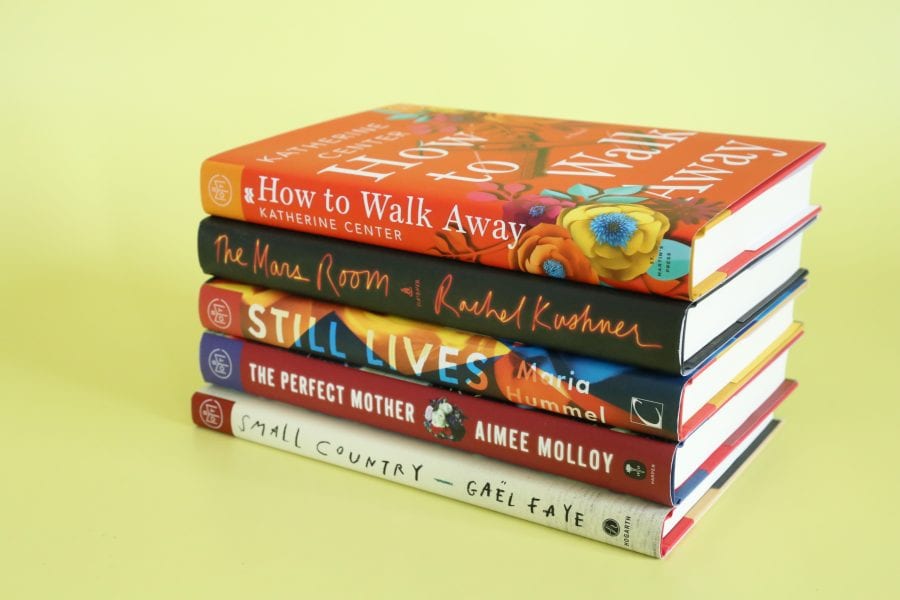 Every month Book of the Month releases 5 new books of which subscribers can choose to receive. This month we had the chance to look at all 5 of the books from the May collection. 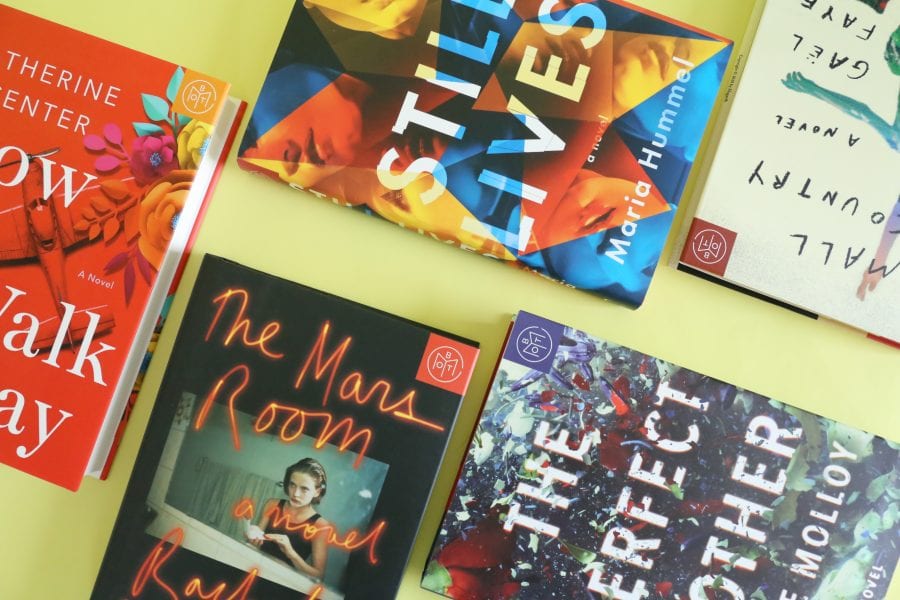 I honestly can’t describe the feelings I experience when a box of brand new books shows up on my doorstep. There really isn’t anything like it. It’s kind of amazing how happy a new book makes me. Book of the Month adds joy to my day and it gives me an excuse to enjoy some me time. If you’re not a Book of the Month subscriber I highly recommend checking it out! 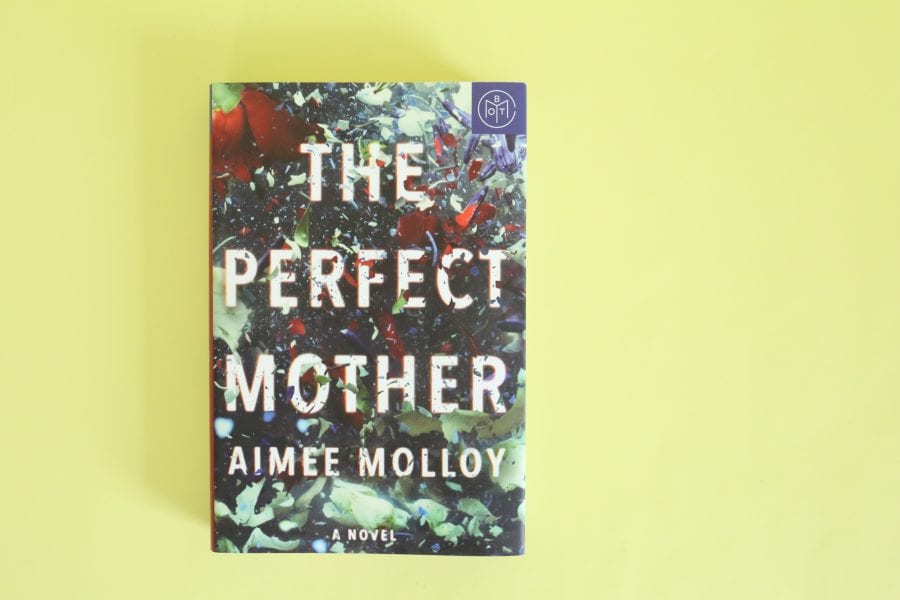 The Perfect Mother by Aimee Molloy

They call themselves the May Mothers—a collection of new moms who gave birth in the same month. Twice a week, with strollers in tow, they get together in Prospect Park, seeking refuge from the isolation of new motherhood; sharing the fears, joys, and anxieties of their new child-centered lives.

When the group’s members agree to meet for drinks at a hip local bar, they have in mind a casual evening of fun, a brief break from their daily routine. But on this sultry Fourth of July night during the hottest summer in Brooklyn’s history, something goes terrifyingly wrong: one of the babies is abducted from his crib. Winnie, a single mom, was reluctant to leave six-week-old Midas with a babysitter, but the May Mothers insisted that everything would be fine. Now Midas is missing, the police are asking disturbing questions, and Winnie’s very private life has become fodder for a ravenous media.

Though none of the other members in the group are close to the reserved Winnie, three of them will go to increasingly risky lengths to help her find her son. And as the police bungle the investigation and the media begin to scrutinize the mothers in the days that follow, damaging secrets are exposed, marriages are tested, and friendships are formed and fractured. 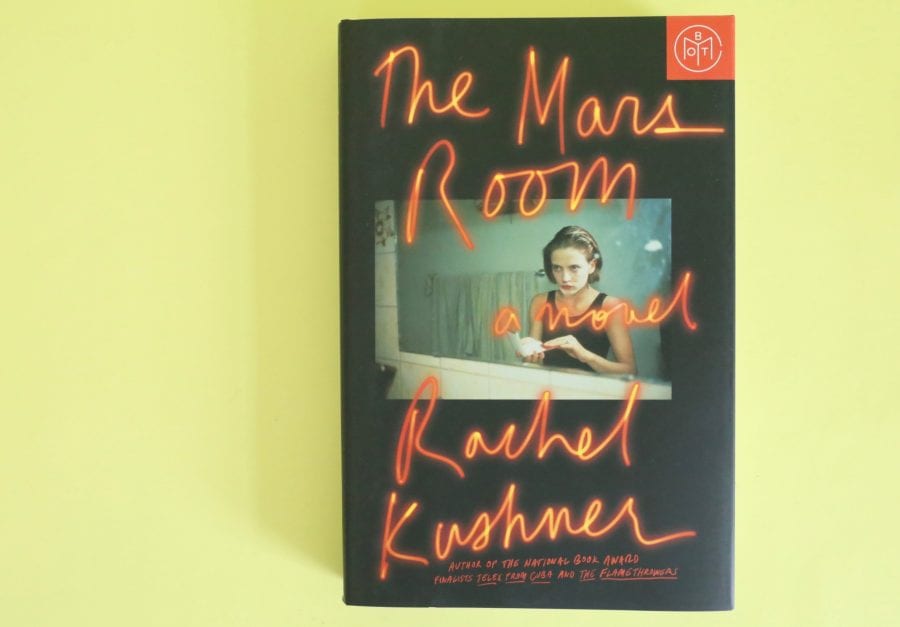 The Mars Room by Rachel Kushner

It’s 2003 and Romy Hall is at the start of two consecutive life sentences at Stanville Women’s Correctional Facility, deep in California’s Central Valley. Outside is the world from which she has been severed: the San Francisco of her youth and her young son, Jackson. Inside is a new reality: thousands of women hustling for the bare essentials needed to survive; the bluffing and pageantry and casual acts of violence by guards and prisoners alike; and the deadpan absurdities of institutional living, which Kushner evokes with great humor and precision. 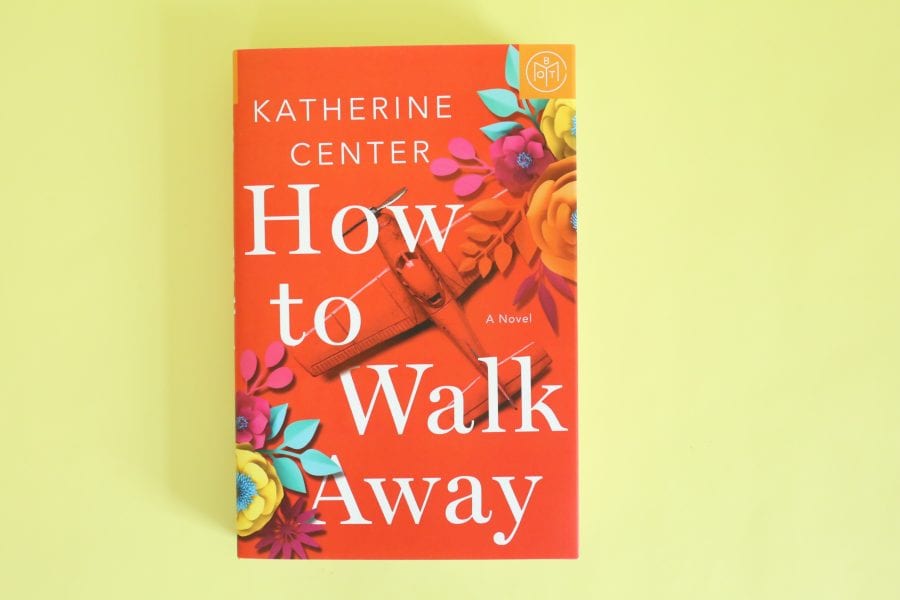 How to Walk Away by Katherine Center

Margaret Jacobsen has a bright future ahead of her: a fiancé she adores, her dream job, and the promise of a picture-perfect life just around the corner. Then, suddenly, on what should have been one of the happiest days of her life, everything she worked for is taken away in one tumultuous moment.

In the hospital and forced to face the possibility that nothing will ever be the same again, Margaret must figure out how to move forward on her own terms while facing long-held family secrets, devastating heartbreak, and the idea that love might find her in the last place she would ever expect.

How to Walk Away is Katherine Center at her very best: an utterly charming, hopeful, and romantic novel that will capture reader’s hearts with every page. 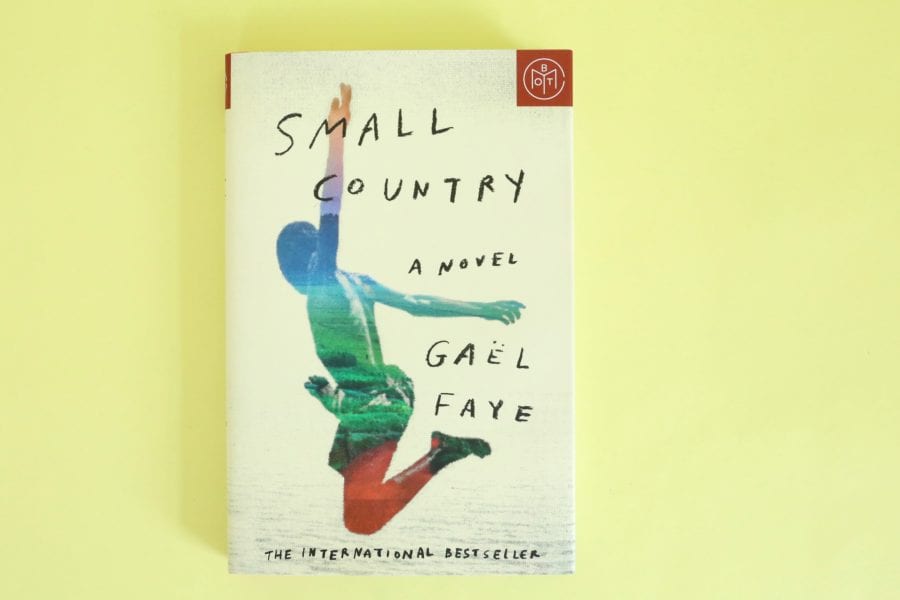 Burundi, 1992. For ten-year-old Gabriel, life in the comfortable expatriate neighborhood of Bujumbura with his French father, Rwandan mother, and little sister, Ana, is something close to paradise. These are happy, carefree days spent sneaking cigarettes and stealing mangoes, as he and his mischievous gang of friends transform their tiny cul-de-sac into their kingdom.

But dark clouds are gathering over this small country – and their peaceful idyll will soon shatter when Burundi, and neighboring Rwanda, are brutally hit by war and genocide.

Small Country describes an end of innocence as seen through the eyes of a young child caught in the maelstrom of history. A luminous novel of extraordinary power, it is a stirring tribute not only to a dark chapter in Africa’s past, but to the bright days that preceded it. 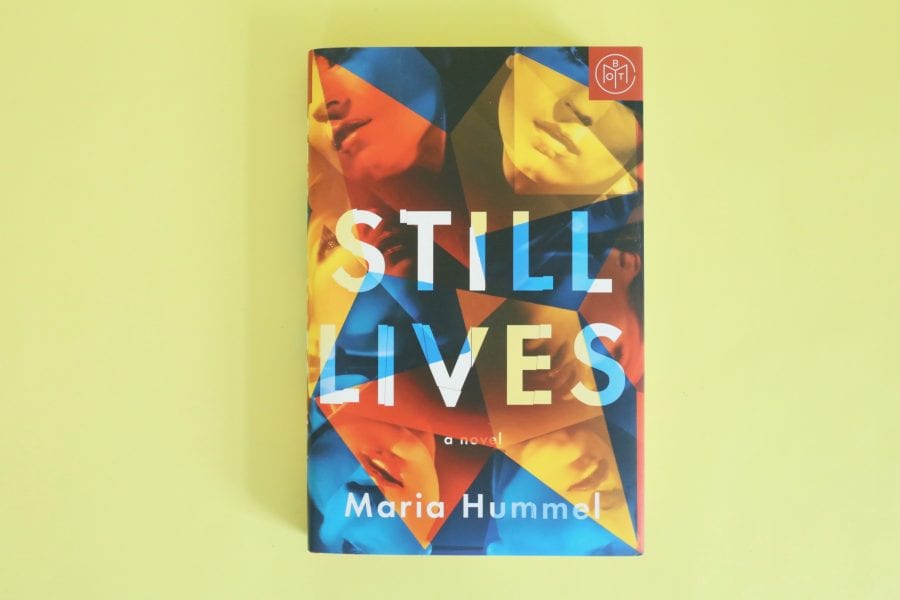 Kim Lord is an avant garde figure, feminist icon, and agent provocateur in the L.A. art scene. Her groundbreaking new exhibition Still Lives is comprised of self-portraits depicting herself as famous, murdered women—the Black Dahlia, Chandra Levy, Nicole Brown Simpson, among many others—and the works are as compelling as they are disturbing, implicating a culture that is too accustomed to violence against women.

As the city’s richest art patrons pour into the Rocque Museum’s opening night, all of the staff, including editor Maggie Richter, hope the event will be enough to save the historic institution’s flailing finances.

Except Kim Lord never shows up to her own gala

Fear mounts as the hours and days drag on and Lord remains missing. Suspicion falls upon the up-and-coming gallerist Greg Shaw Ferguson, who happens to be Maggie’s ex. A rogue’s gallery of eccentric art world figures could also have motive for the act, and as Maggie gets drawn into her own investigation of Lord’s disappearance, she’ll come to suspect all of those closest to her.

Set against a culture that too often fetishizes violence against women, Still Lives is a page-turning exodus into the art world’s hall of mirrors, and one woman’s journey into the belly of an industry flooded with money and secrets. 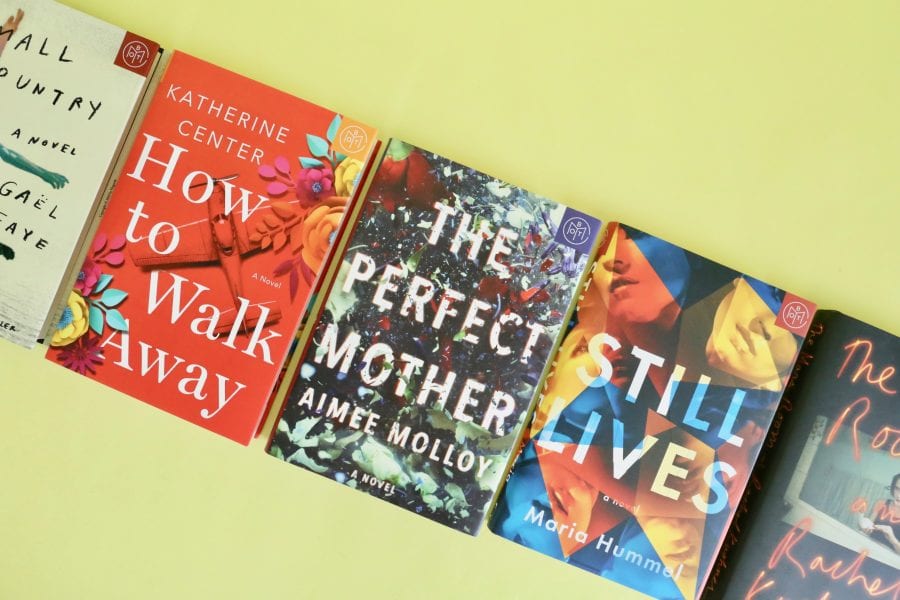 Book of the Month May Selection Review – Final Thoughts

Book of the Month is on a roll! The last few months have been pretty amazing. I love it when they release the new selections each month and there’s more than one I want to read. Having options is a wonderful thing and Book of the Month certainly gives me options. Take this month for example…..my first choice was How to Walk Away but I also really want to read The Perfect Mother. Now that I think about it, I’ll probably end up reading both at the same time. Did you know that Vanity Fair calls The Perfect Mother one of the most anticipated books of the summer?! And that it will soon be a major motion picture starring Scandal’s Kerry Washington?! Now I am even more excited to read it. Book of the Month never lets me down. I look forward to this box every month and I don’t see that changing any time soon!