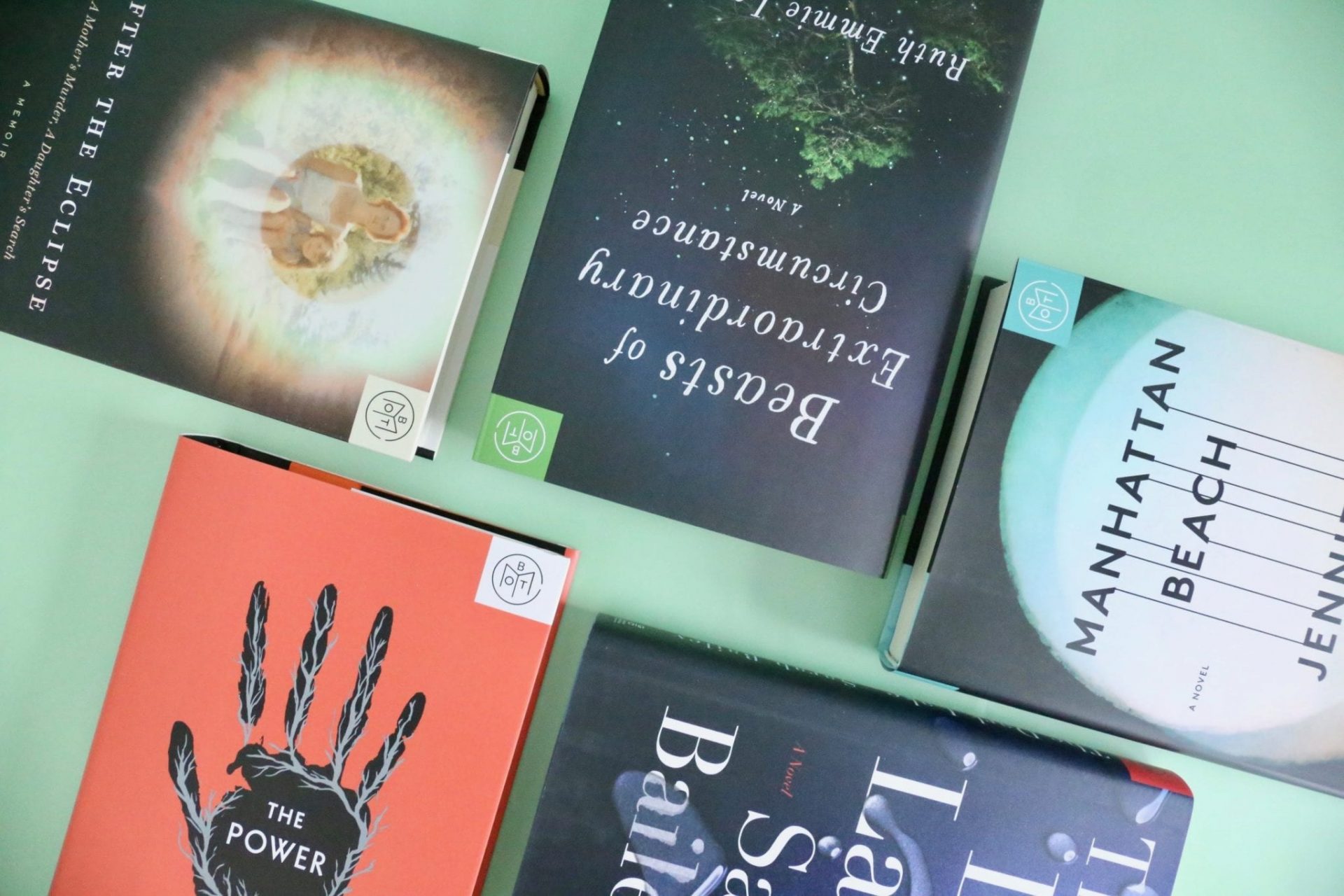 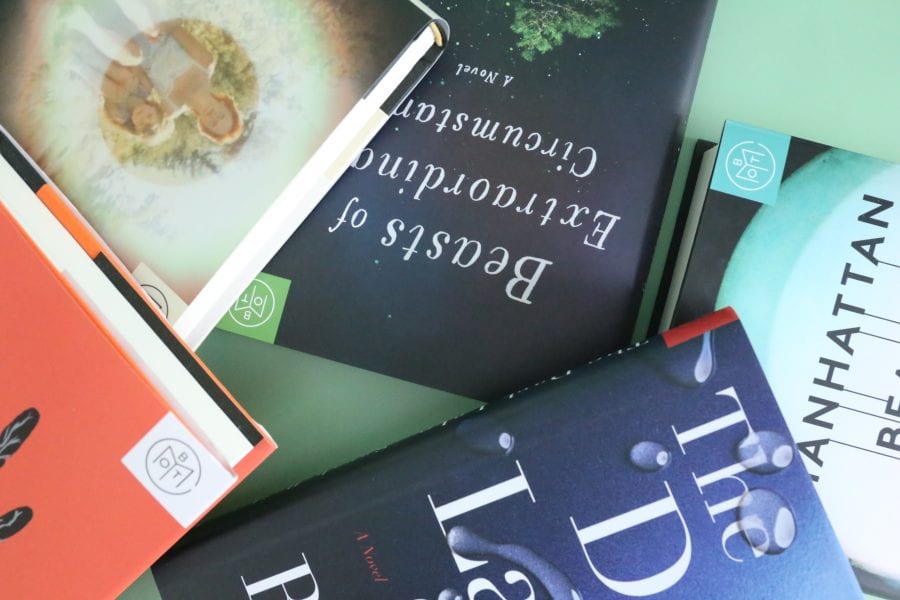 Here’s a look at the selections for October…. 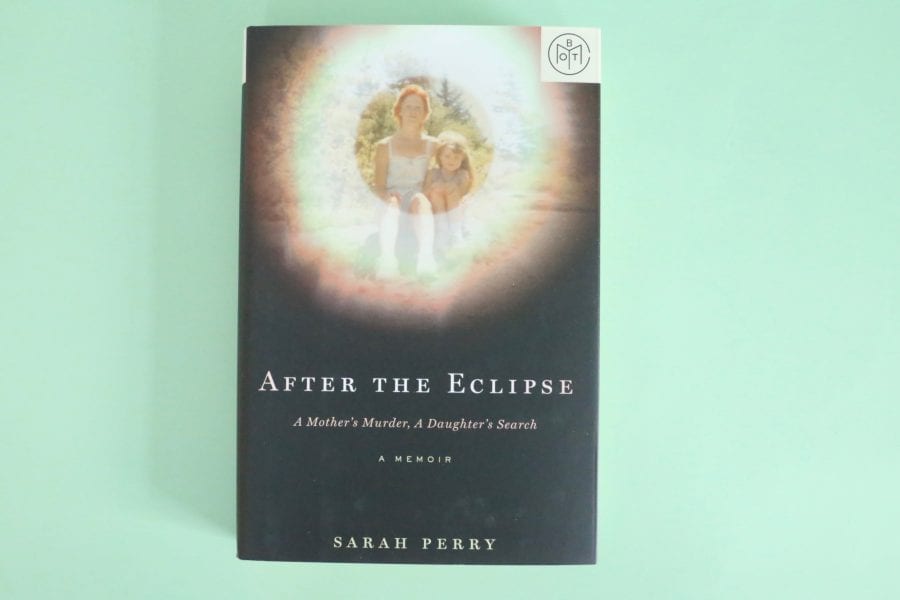 After the Eclipse by Sarah Perry

A fierce memoir of a mother’s murder, a daughter’s coming-of-age in the wake of immense loss, and her mission to know the woman who gave her life.

When Sarah Perry was twelve, she saw a partial eclipse of the sun, an event she took as a sign of good fortune for her and her mother, Crystal. But that brief moment of darkness ultimately foreshadowed a much larger one: two days later, Crystal was murdered in their home in rural Maine, just a few feet from Sarah’s bedroom.

The killer escaped unseen; it would take the police twelve years to find him, time in which Sarah grew into adulthood, struggling with abandonment, police interrogations, and the effort of rebuilding her life when so much had been lost. Through it all she would dream of the eventual trial, a conviction—all her questions finally answered. But after the trial, Sarah’s questions only grew. She wanted to understand her mother’s life, not just her final hours, and so she began a personal investigation, one that drew her back to Maine, taking her deep into the abiding darkness of a small American town.

Told in searing prose, After the Eclipse is a luminous memoir of uncomfortable truth and terrible beauty, an exquisite memorial for a mother stolen from her daughter, and a blazingly successful attempt to cast light on her life once more. 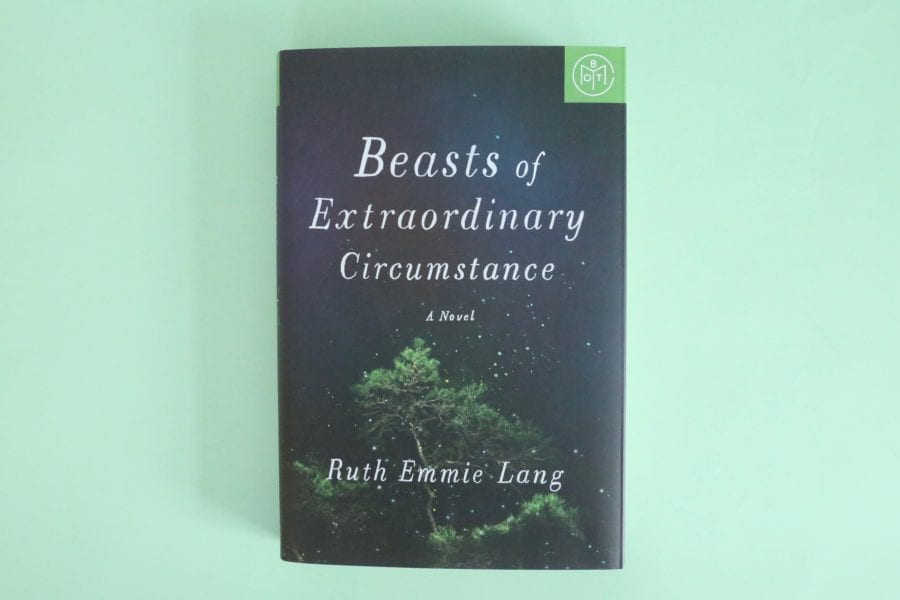 In this warm debut novel, Ruth Emmie Lang teaches us about adventure and love in a beautifully written story full of nature and wonder. Orphaned, raised by wolves, and the proud owner of a horned pig named Merlin, Weylyn Grey knew he wasn’t like other people. But when he single-handedly stopped that tornado on a stormy Christmas day in Oklahoma, he realized just how different he actually was.

That tornado was the first of many strange events that seem to follow Weylyn from town to town, although he doesn’t like to take credit. As amazing as these powers may appear, they tend to manifest themselves at inopportune times and places. From freak storms to trees that appear to grow over night, Weylyn’s unique abilities are a curiosity at best and at worst, a danger to himself and the woman he loves. But Mary doesn’t care. Since Weylyn saved her from an angry wolf on her eleventh birthday, she’s known that a relationship with him isn’t without its risks, but as anyone who’s met Weylyn will tell you, once he wanders into your life, you’ll wish he’d never leave.

Beasts of Extraordinary Circumstance tells the story of Weylyn Grey’s life from the perspectives of the people who knew him, loved him, and even a few who thought he was just plain weird. Although he doesn’t stay in any of their lives for long, he leaves each of them with a story to tell. Stories about a boy who lives with wolves, great storms that evaporate into thin air, fireflies that make phosphorescent honey, and a house filled with spider webs and the strange man who inhabits it.

There is one story, however, that Weylyn wishes he could change: his own. But first he has to muster enough courage to knock on Mary’s front door. 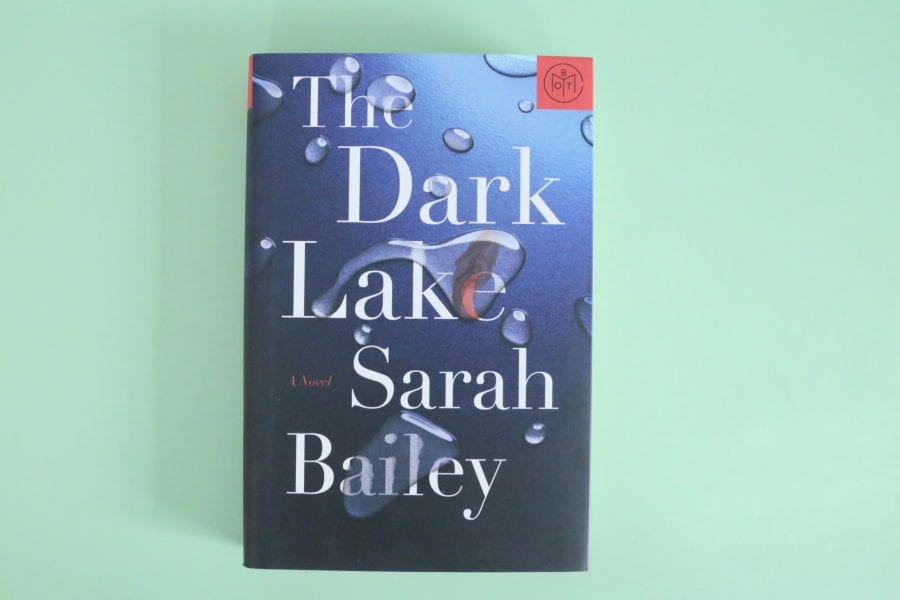 The Dark Lake by Sarah Bailey

The lead homicide investigator in a rural town, Detective Sergeant Gemma Woodstock is deeply unnerved when a high school classmate is found strangled, her body floating in a lake. And not just any classmate, but Rosalind Ryan, whose beauty and inscrutability exerted a magnetic pull on Smithson High School, first during Rosalind’s student years and then again when she returned to teach drama.

As much as Rosalind’s life was a mystery to Gemma when they were students together, her death presents even more of a puzzle. What made Rosalind quit her teaching job in Sydney and return to her hometown? Why did she live in a small, run-down apartment when her father was one of the town’s richest men? And despite her many admirers, did anyone in the town truly know her?

Rosalind’s enigmas frustrate and obsess Gemma, who has her own dangerous secrets—an affair with her colleague and past tragedies that may not stay in the past. Brilliantly rendered, The Dark Lake has characters as compelling and mysteries as layered as the best thrillers from Gillian Flynn and Sophie Hannah. 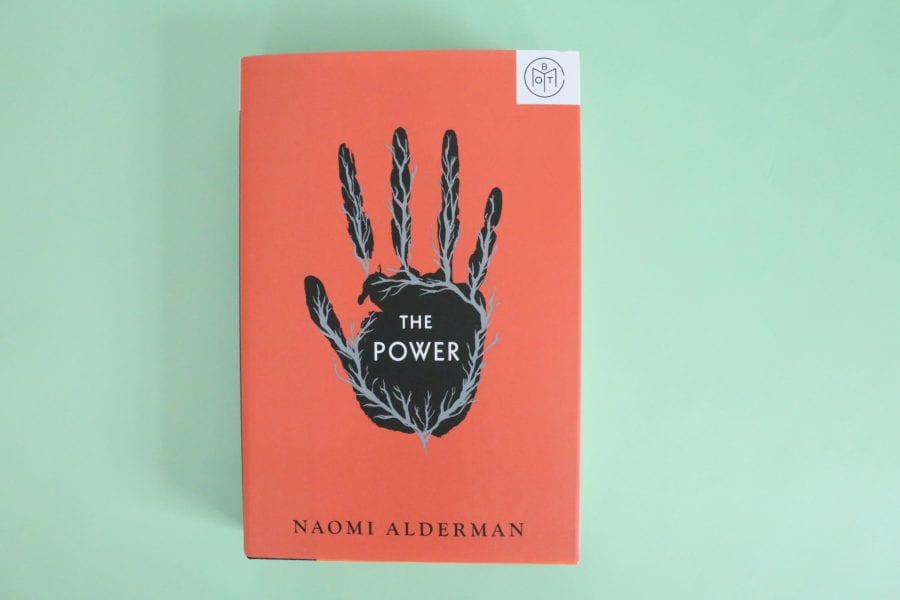 The Power by Naomi Alderman

In The Power, the world is a recognizable place: there’s a rich Nigerian boy who lounges around the family pool; a foster kid whose religious parents hide their true nature; an ambitious American politician; a tough London girl from a tricky family. But then a vital new force takes root and flourishes, causing their lives to converge with devastating effect. Teenage girls now have immense physical power—they can cause agonizing pain and even death. And, with this small twist of nature, the world drastically resets.

From award-winning author Naomi Alderman, The Power is speculative fiction at its most ambitious and provocative, at once taking us on a thrilling journey to an alternate reality, and exposing our own world in bold and surprising ways. 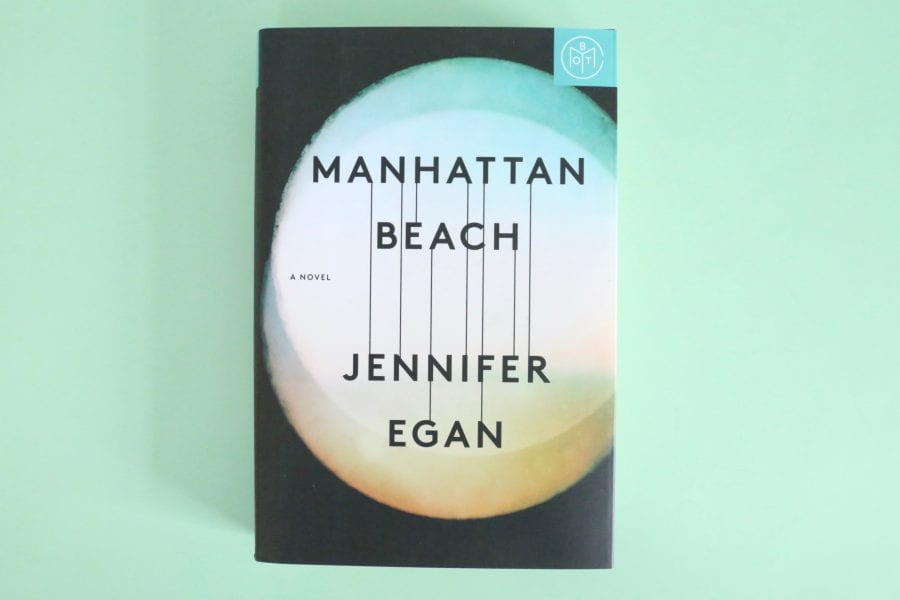 Anna Kerrigan, nearly twelve years old, accompanies her father to visit Dexter Styles, a man who, she gleans, is crucial to the survival of her father and her family. She is mesmerized by the sea beyond the house and by some charged mystery between the two men.

Years later, her father has disappeared and the country is at war. Anna works at the Brooklyn Naval Yard, where women are allowed to hold jobs that once belonged to men, now soldiers abroad. She becomes the first female diver, the most dangerous and exclusive of occupations, repairing the ships that will help America win the war. One evening at a nightclub, she meets Dexter Styles again, and begins to understand the complexity of her father’s life, the reasons he might have vanished.

With the atmosphere of a noir thriller, Egan’s first historical novel follows Anna and Styles into a world populated by gangsters, sailors, divers, bankers, and union men. Manhattan Beach is a deft, dazzling, propulsive exploration of a transformative moment in the lives and identities of women and men, of America and the world. It is a magnificent novel by the author of A Visit from the Goon Squad, one of the great writers of our time. 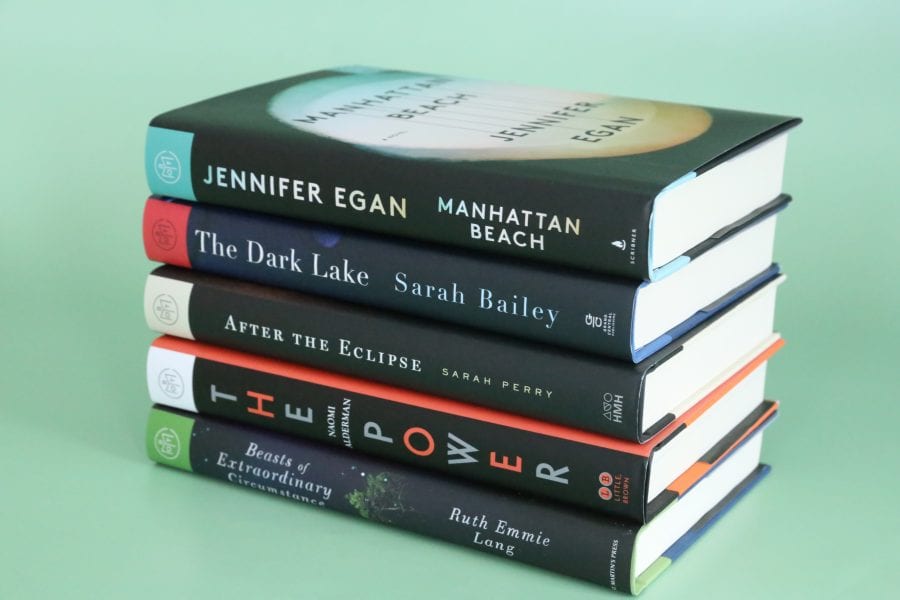 The October Book of the Month selections are perfect for this time of year. I received mine a little late due to some shipping issues, but had I received these at the beginning of October I would have been so excited to dig in and start reading. October is the perfect time to curl up with a thriller or a good mystery, and most of the books this month fall under the mystery genre. But the one that stands out to me is The Power as it falls under the Dystopia genre and I am always drawn to Dystopian Fiction. The idea of an alternate reality appeals to me. It’s something I find quite interesting, so with that being said I think I will read The Power first. We are already in to November which means the November selections have been released. I am equally excited about these and highly recommend you check them out. Winter is the perfect time to stock up on a few new reads…….just sayin’.