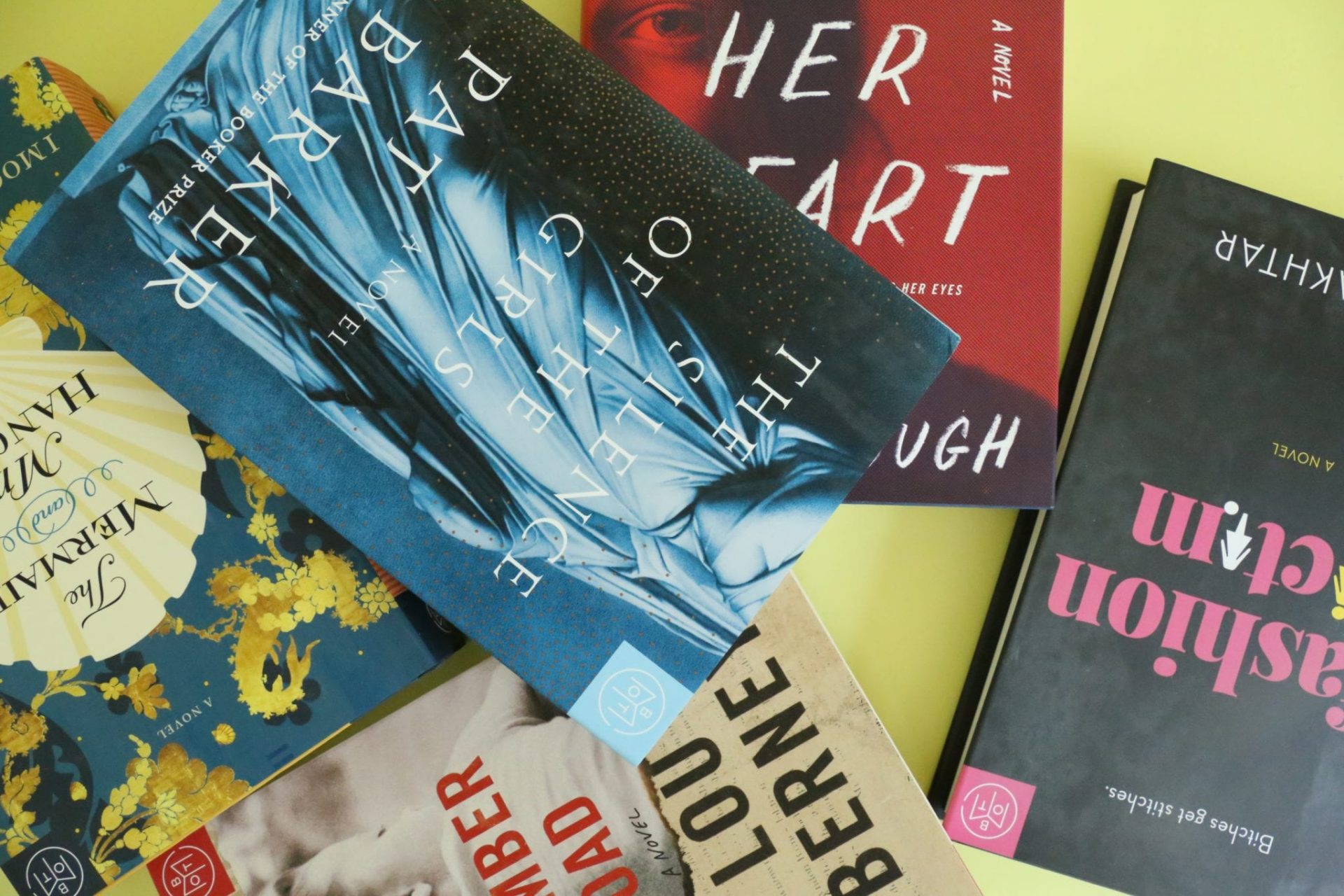 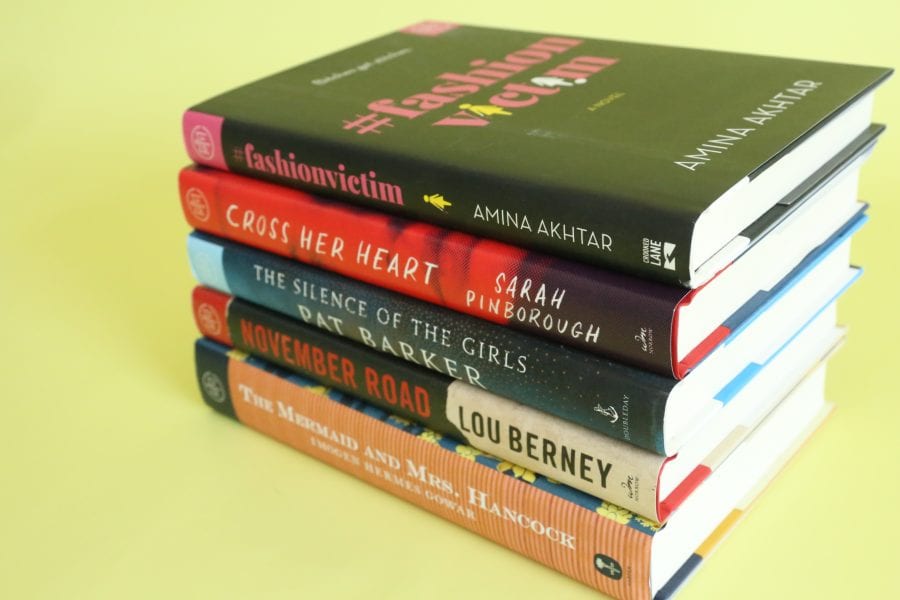 Every month Book of the Month releases 5 new books of which subscribers can choose to receive. This month we had the chance to look at all 5 of the books from the September collection.

Book of the Month is easily one of my favourite boxes to receive. Especially, this time of year. September – December are my favourite months to receive a book subscription. But I have told you that already. I look forward to early mornings, when the house is quiet, a good book and a HUGE cup of coffee. It doesn’t get much better than that.

Here’s a closer look at the September Book of the Month selections….. 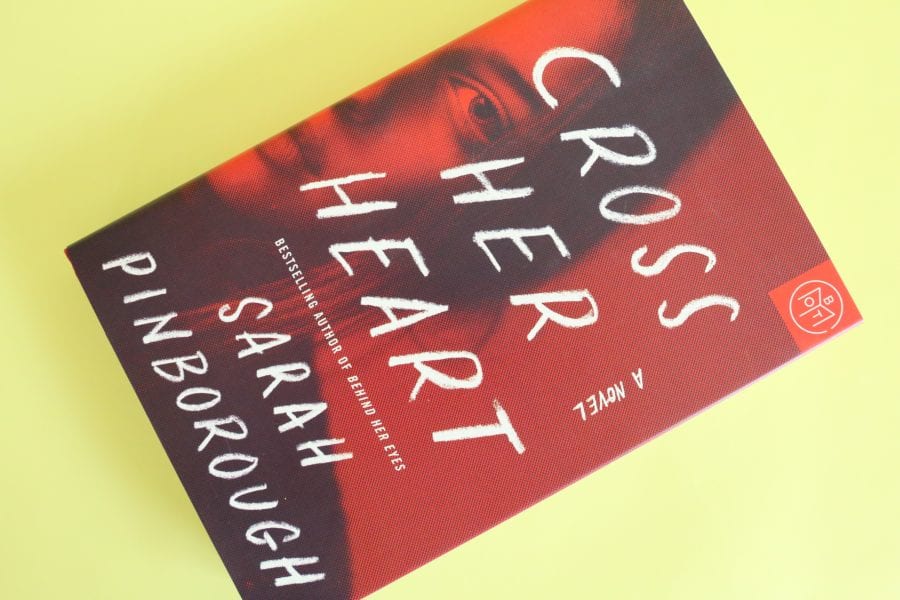 Cross Her Heart by Sarah Pinborough

Lisa lives for her daughter Ava, her job, and her best friend Marilyn, but when a handsome client shows an interest in her, Lisa starts daydreaming about sharing her life with him too. Maybe she’s ready now. Maybe she can trust again. Maybe it’s time to let her terrifying secret past go. Then her daughter rescues a boy from drowning and their pictures are all over the news for everyone to see. Lisa’s world explodes, and she finds everything she has built threatened. Not knowing whom she can trust, it’s up to her to face her past to save what she holds dear. 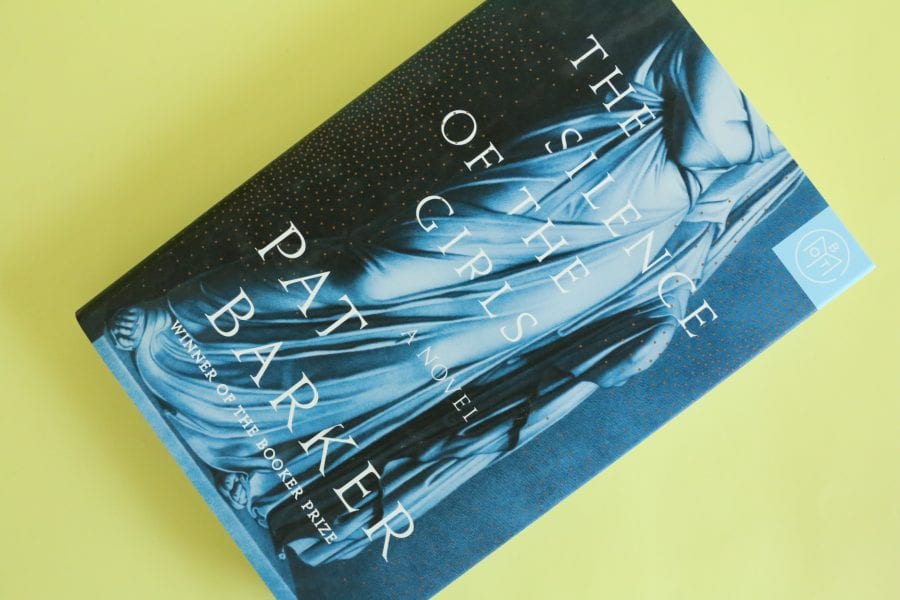 The Silence of the Girls by Pat Barker

The ancient city of Troy has withstood a decade under siege of the powerful Greek army, who continue to wage bloody war over a stolen woman—Helen. In the Greek camp, another woman watches and waits for the war’s outcome: Briseis. She was queen of one of Troy’s neighboring kingdoms, until Achilles, Greece’s greatest warrior, sacked her city and murdered her husband and brothers. Briseis becomes Achilles’s concubine, a prize of battle, and must adjust quickly in order to survive a radically different life, as one of the many conquered women who serve the Greek army.

When Agamemnon, the brutal political leader of the Greek forces, demands Briseis for himself, she finds herself caught between the two most powerful of the Greeks. Achilles refuses to fight in protest, and the Greeks begin to lose ground to their Trojan opponents. Keenly observant and cooly unflinching about the daily horrors of war, Briseis finds herself in an unprecedented position to observe the two men driving the Greek forces in what will become their final confrontation, deciding the fate, not only of Briseis’s people, but also of the ancient world at large.

Briseis is just one among thousands of women living behind the scenes in this war—the slaves and prostitutes, the nurses, the women who lay out the dead—all of them erased by history. With breathtaking historical detail and luminous prose, Pat Barker brings the teeming world of the Greek camp to vivid life. She offers nuanced, complex portraits of characters and stories familiar from mythology, which, seen from Briseis’s perspective, are rife with newfound revelations. Barker’s latest builds on her decades-long study of war and its impact on individual lives—and it is nothing short of magnificent. 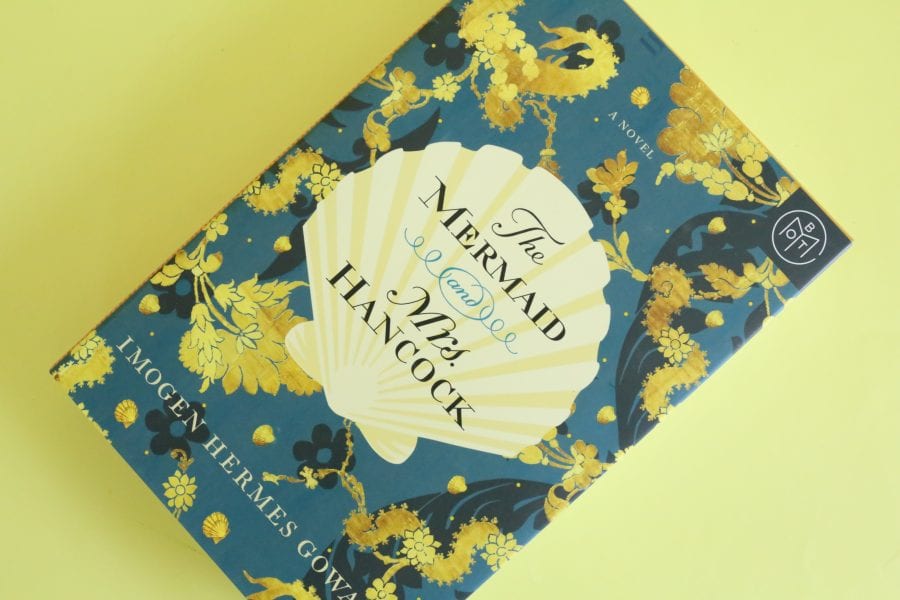 The Mermaid and Mrs. Hancock by Imogen Hermes Gowar

One September evening in 1785, the merchant Jonah Hancock hears urgent knocking on his front door. One of his captains is waiting eagerly on the step. He has sold Jonah’s ship for what appears to be a mermaid.

As gossip spreads through the docks, coffee shops, parlours and brothels, everyone wants to see Mr Hancock’s marvel. Its arrival spins him out of his ordinary existence and through the doors of high society. At an opulent party, he makes the acquaintance of Angelica Neal, the most desirable woman he has ever laid eyes on… and a courtesan of great accomplishment. This chance meeting will steer both their lives onto a dangerous new course, a journey on which they will learn that priceless things come at the greatest cost…

What will be the cost of their ambitions? And will they be able to escape the destructive power mermaids are said to possess?

In this spell-binding story of curiosity and obsession, Imogen Hermes Gowar has created an unforgettable jewel of a novel, filled to the brim with intelligence, heart and wit. 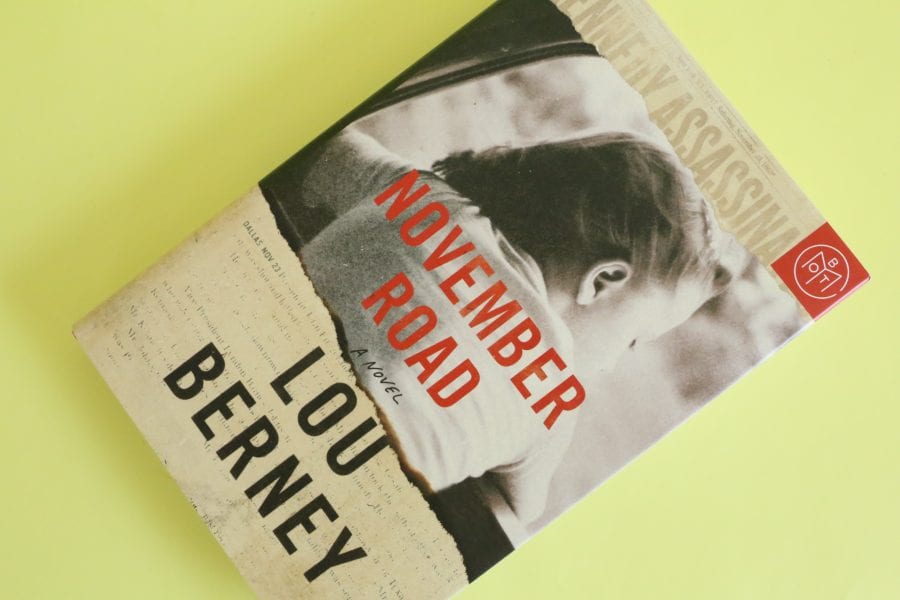 Set against the assassination of JFK, a poignant and evocative crime novel that centers on a desperate cat-and-mouse chase across 1960s America—a story of unexpected connections, daring possibilities, and the hope of second chances from the Edgar Award-winning author of The Long and Faraway Gone.

A loyal street lieutenant to New Orleans’ mob boss Carlos Marcello, Guidry has learned that everybody is expendable. But now it’s his turn—he knows too much about the crime of the century: the assassination of President John F. Kennedy.

Within hours of JFK’s murder, everyone with ties to Marcello is turning up dead, and Guidry suspects he’s next: he was in Dallas on an errand for the boss less than two weeks before the president was shot. With few good options, Guidry hits the road to Las Vegas, to see an old associate—a dangerous man who hates Marcello enough to help Guidry vanish.

Guidry knows that the first rule of running is “don’t stop,” but when he sees a beautiful housewife on the side of the road with a broken-down car, two little daughters and a dog in the back seat, he sees the perfect disguise to cover his tracks from the hit men on his tail. Posing as an insurance man, Guidry offers to help Charlotte reach her destination, California. If she accompanies him to Vegas, he can help her get a new car.

For her, it’s more than a car— it’s an escape. She’s on the run too, from a stifling existence in small-town Oklahoma and a kindly husband who’s a hopeless drunk.

It’s an American story: two strangers meet to share the open road west, a dream, a hope—and find each other on the way.

Charlotte sees that he’s strong and kind; Guidry discovers that she’s smart and funny. He learns that’s she determined to give herself and her kids a new life; she can’t know that he’s desperate to leave his old one behind.

Another rule—fugitives shouldn’t fall in love, especially with each other. A road isn’t just a road, it’s a trail, and Guidry’s ruthless and relentless hunters are closing in on him. But now Guidry doesn’t want to just survive, he wants to really live, maybe for the first time.

Everyone’s expendable, or they should be, but now Guidry just can’t throw away the woman he’s come to love. 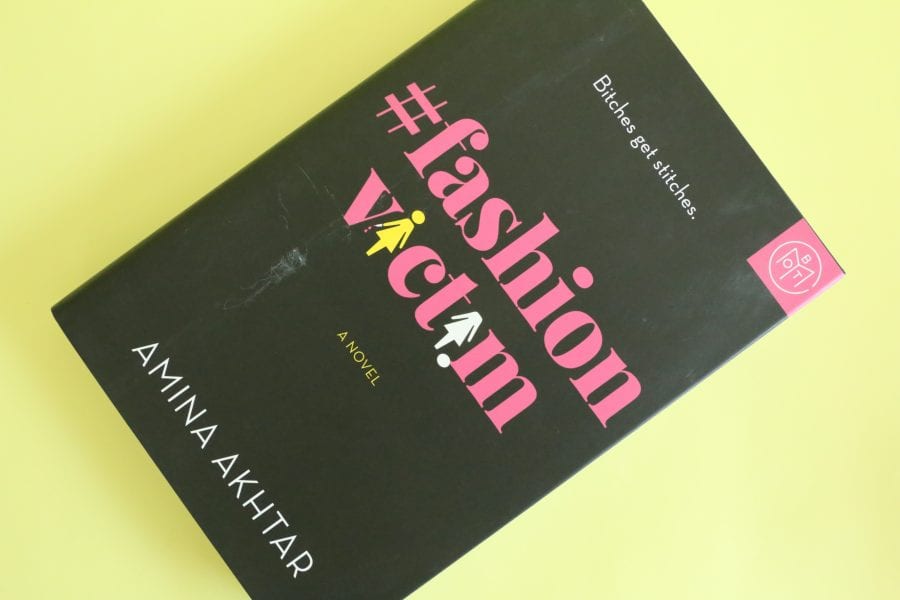 Fashion editor Anya St. Clair is on the verge of greatness. Her wardrobe is to die for. Her social media is killer. And her career path is littered with the bodies of anyone who got in her way. She’s worked hard to get where she is, but she doesn’t have everything.

Not like Sarah Taft. Anya’s obsession sits one desk away. Beautiful, stylish, and rich, she was born to be a fashion world icon. From her beach-wave blonde hair to her on-trend nail art, she’s a walking editorial spread. And Anya wants to be her friend. Her best friend. Her only friend.

But when Sarah becomes her top competition for a promotion, Anya’s plan to win her friendship goes into overdrive. In order to beat Sarah…she’ll have to become her. Friendly competition may turn fatal, but as they say in fashion: One day you’re in, and the next day you’re dead. 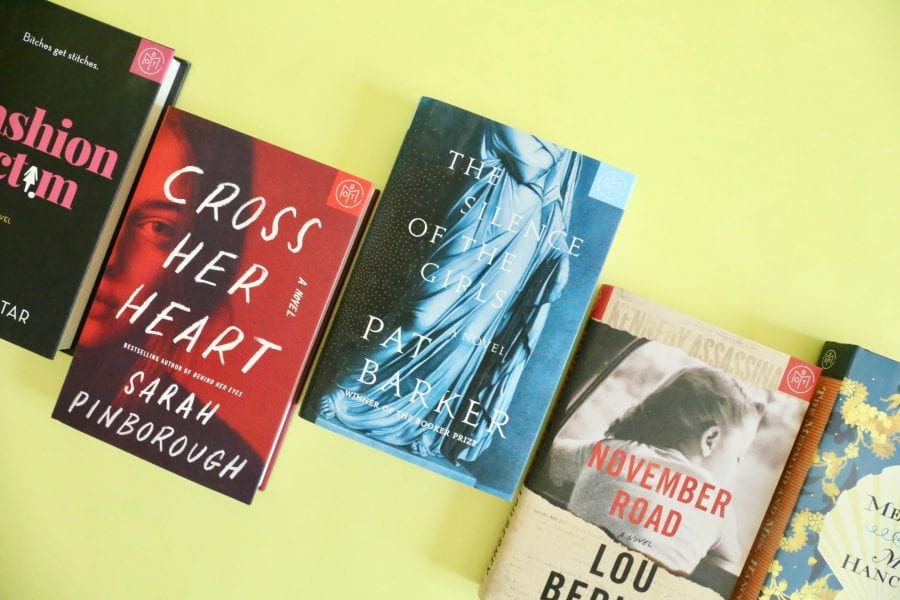 This month there was one Book of the Month selection that stood out from all the rest – Cross Her Heart by Sarah Pinborough. Over the last few months I have fallen in love with thrillers and my September selection definitely falls under the thriller category. It’s by the same author who wrote Behind Her Eyes which is another Book of the Month selection I previously enjoyed. I actually really love the fact that BOTM features certain Authors more than once. I LOVED Behind Her Eyes so I knew I would love this one as well. It took me 2 weeks to read, I just finished it yesterday, and that right there says a lot because it usually takes me about a month to read a book. I don’t spend a lot of time reading but when a book is really good, like this one was, I make extra time to read. It started off a little slow but it still managed to capture my attention from the beginning. I just had to find out what Lisa’s secret was. You receive little clues throughout the book but don’t really find out the truth until the end. If you like a good thriller I would definitely recommend this one. Now……what September BOTM selection should I read next. I have 2 more weeks until my October books arrive…….