Book of the Month Selections February 2017

February 20, 2017
Subscription Box Reviews
Book of the Month
A Year of Boxes 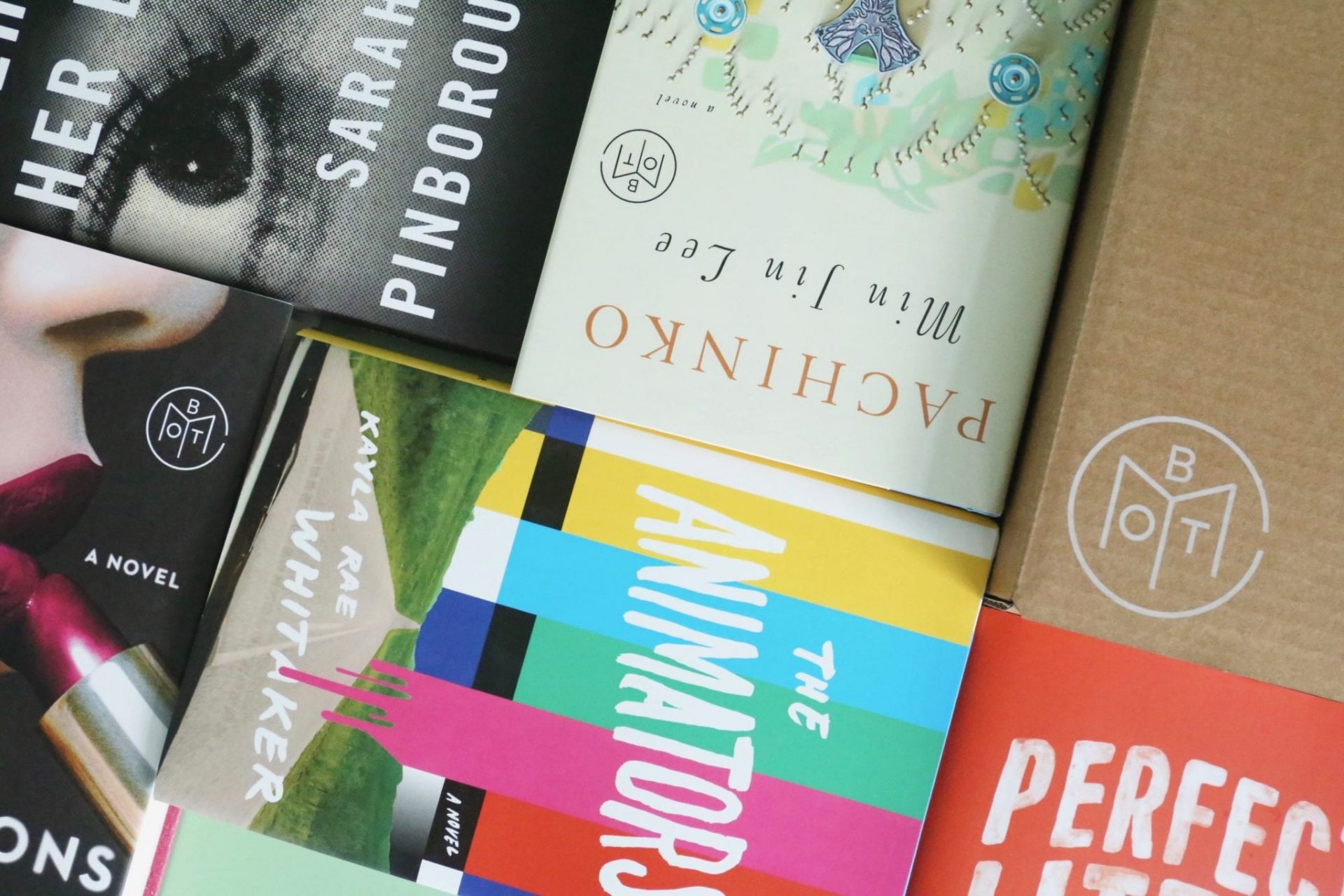 Book of the Month it is a monthly book subscription box. Every month they release 5 new books which have been selected by their panel of Judges. Books are announced on the first of the month, and members have six days to decide which book they would like to receive. Monthly subscriptions include one book, but members can purchase up to two additional books each month for $9.99 per title. They kindly sent me the February selections to review.

Today we are looking at the February Book of the Month selections. If you like to read, you need to check this subscription out. That is, if you haven’t already. It’s one of the more popular book subscription boxes on the market, and I have completely fallen in love with it. I don’t know what I did before discovering this subscription. In a way, it has forced me to slow my life down and take some time for myself. I now make an effort to fit some reading in at least a couple of times each week. I have also mentioned in past reviews that I carry one of my Book of the Month selections with me at all times. I keep one in my purse for unexpected downtime. Now when I get stuck waiting for something I have a book to occupy my time, rather than my phone. It is wonderful!

Here’s a look at the February Selections. Don’t forget, they release 5 new books on the 1st of evert month, you have 5 days to choose your selection or they will choose one for you. 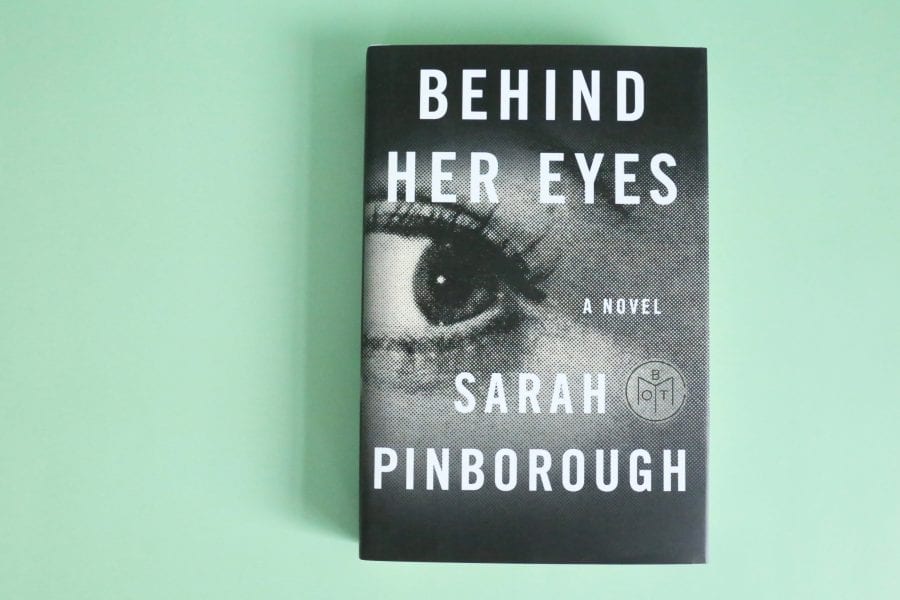 BEHIND HER EYES by Sarah Pinborough

Louise is a single mom, a secretary, stuck in a modern-day rut. On a rare night out, she meets a man in a bar and sparks fly. Though he leaves after they kiss, she’s thrilled she finally connected with someone.

When Louise arrives at work on Monday, she meets her new boss, David. The man from the bar. The very married man from the bar…who says the kiss was a terrible mistake but who still can’t keep his eyes off Louise.

And then Louise bumps into Adele, who’s new to town and in need of a friend, but she also just happens to be married to David. David and Adele look like the picture-perfect husband and wife, but then why is David so controlling, and why is Adele so scared of him?

As Louise is drawn into David and Adele’s orbit, she uncovers more puzzling questions than answers. The only thing that is crystal clear is that something in this marriage is very, very wrong, but Louise can’t guess how wrong―and how far a person might go to protect their marriage’s secrets. 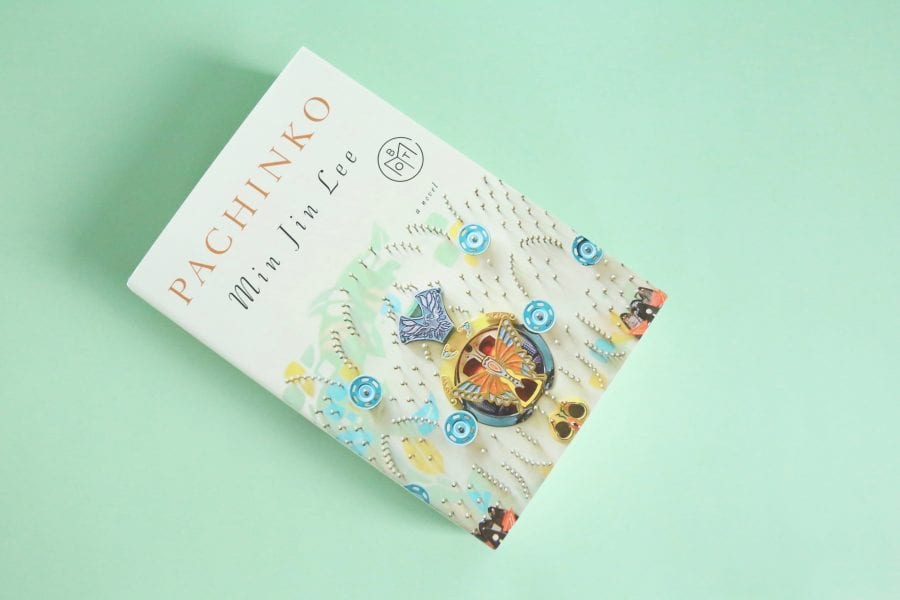 Pachinko follows one Korean family through the generations, beginning in early 1900s Korea with Sunja, the prized daughter of a poor yet proud family, whose unplanned pregnancy threatens to shame them all. Deserted by her lover, Sunja is saved when a young tubercular minister offers to marry and bring her to Japan.

So begins a sweeping saga of an exceptional family in exile from its homeland and caught in the indifferent arc of history. Through desperate struggles and hard-won triumphs, its members are bound together by deep roots as they face enduring questions of faith, family, and identity. 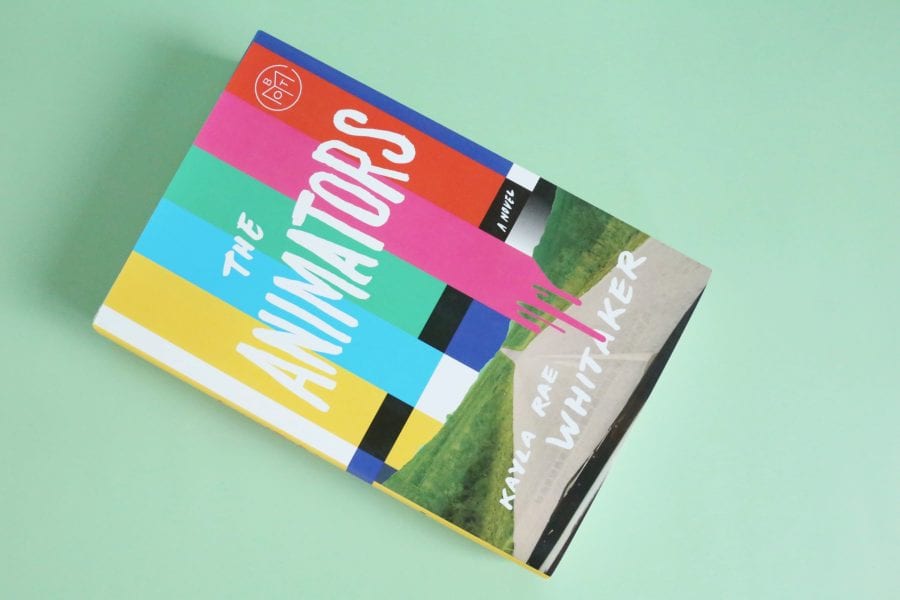 THE ANIMATORS by Kayla Rae Whitaker

At a private East Coast college, two young women meet in art class. Sharon Kisses, quietly ambitious but self-doubting, arrives from rural Kentucky. Mel Vaught, brash, unapologetic, wildly gifted, brings her own brand of hellfire from the backwaters of Florida. Both outsiders, Sharon and Mel become fervent friends, bonding over underground comics and dysfunctional families. Working, absorbing, drinking. Drawing: Mel, to understand her own tumultuous past, and Sharon, to lose herself altogether.

A decade later, Sharon and Mel are an award-winning animation duo, and with the release of their first full-length feature, a fearless look at Mel’s childhood, they stand at the cusp of success. But while on tour to promote the film, cracks in their relationship start to form: Sharon begins to feel like a tag-along and suspects that raucous Mel is the real artist. When unexpected tragedy strikes, long-buried resentments rise to the surface, threatening their partnership—and hastening a reckoning no one sees coming. 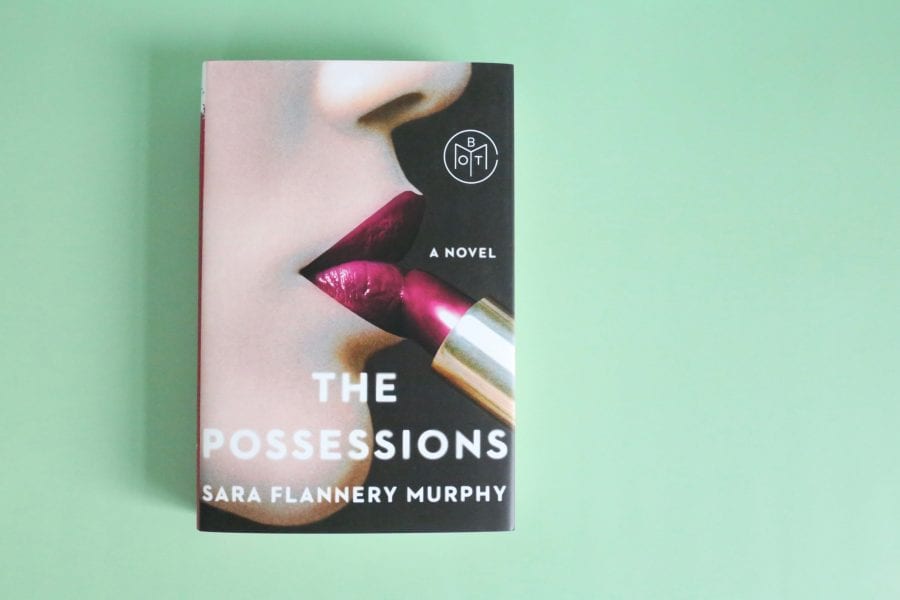 THE POSSESSIONS by Sara Flannery Murphy

In an unnamed city, Eurydice works for the Elysian Society, a private service that allows grieving clients to reconnect with lost loved ones. She and her fellow workers, known as “bodies“, wear the discarded belongings of the dead and swallow pills called lotuses to summon their spirits—numbing their own minds and losing themselves in the process. Edie has been a body at the Elysian Society for five years, an unusual record. Her success is the result of careful detachment: she seeks refuge in the lotuses’ anesthetic effects and distances herself from making personal connections with her clients.

But when Edie channels Sylvia, the dead wife of recent widower Patrick Braddock, she becomes obsessed with the glamorous couple. Despite the murky circumstances surrounding Sylvia’s drowning, Edie breaks her own rules and pursues Patrick, moving deeper into his life and summoning Sylvia outside the Elysian Society’s walls.

After years of hiding beneath the lotuses’ dulling effect, Edie discovers that the lines between her own desires and those of Sylvia have begun to blur, and takes increasing risks to keep Patrick within her grasp. Suddenly, she finds her quiet life unraveling as she grapples not only with Sylvia’s growing influence and the questions surrounding her death, but with her own long-buried secrets. 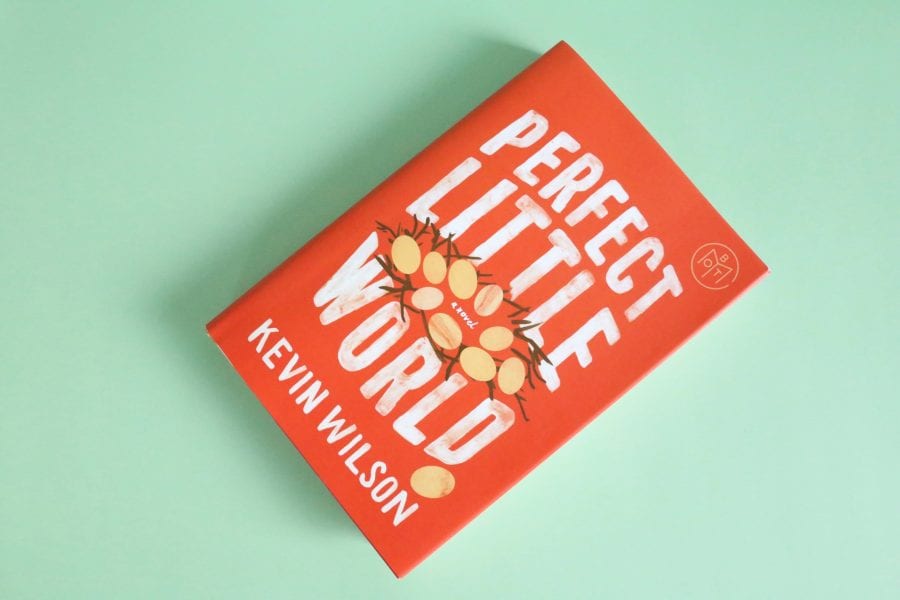 When Isabelle Poole meets Dr. Preston Grind, she’s just about out of options. She recently graduated from high school and is pregnant with her art teacher’s baby. Her mother is dead and her father is a drunk. The art teacher is too much of a head-case to help raise the child. Izzy knows she can be a good mother but without any money or prospects, she’s left searching.

So when Dr. Grind offers her a space in The Infinite Family Project, she accepts. Housed in a spacious compound in Tennessee, she joins nine other couples, all with children the same age as her newborn son, to raise their children as one extended family. Grind’s theory is that the more parental love a child receives, the better off they are.

This attempt at a utopian ideal-funded by an eccentric billionaire-starts off promising: Izzy enjoys the kids, reading to them and teaching them to cook. She even forms a bond with her son more meaningful than she ever expected. But soon the gentle equilibrium among the families is upset and it all starts to disintegrate: unspoken resentments between the couples begin to fester; the project’s funding becomes tenuous; and Izzy’s feelings for Dr. Grind, who is looking to expunge his own painful childhood, make her question her participation in this strange experiment in the first place. 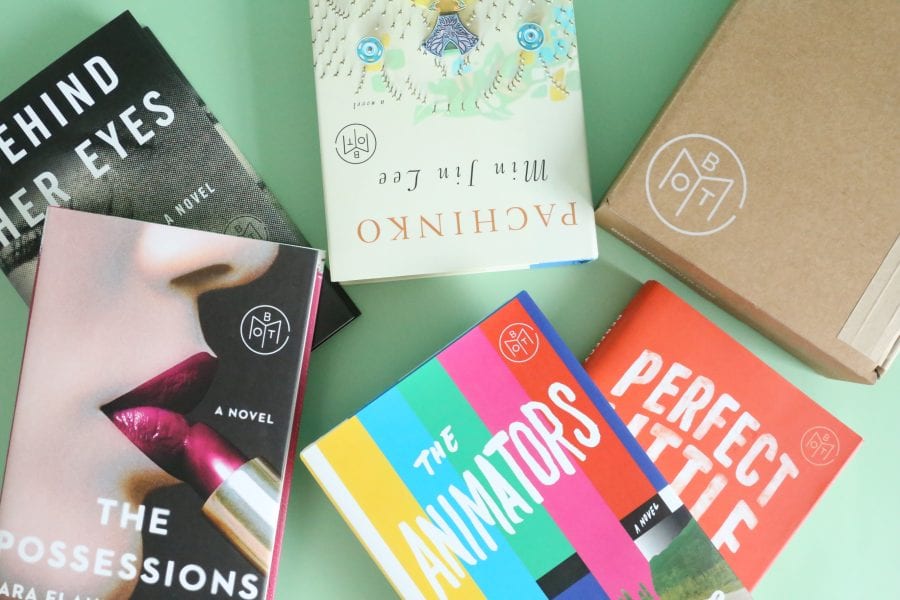 I have been so impressed with Book of the Month’s selections lately. December, January and now February have been amazing. I know this because I’ve had trouble deciding which book to read first forth last 3 month’s in a row. November’s selections were a little too heavy for me, but since then I have been extremely happy with the mixture of reads. This month I started with Perfect Little World and am almost finished it. I would highly recommend it. I find it easy to read, interesting and thought-provoking. It has kept my attention the entire time, and that right there says a lot because my mind wonders easily. I really hope they continue to offer the great selection I’ve seen the past 3 months. I have been so pleased, and get so darn excited when I see my Book of the Month box in the mail. This is easily one of my favourite subscription boxes to review.

Question: What book did you choose this month?